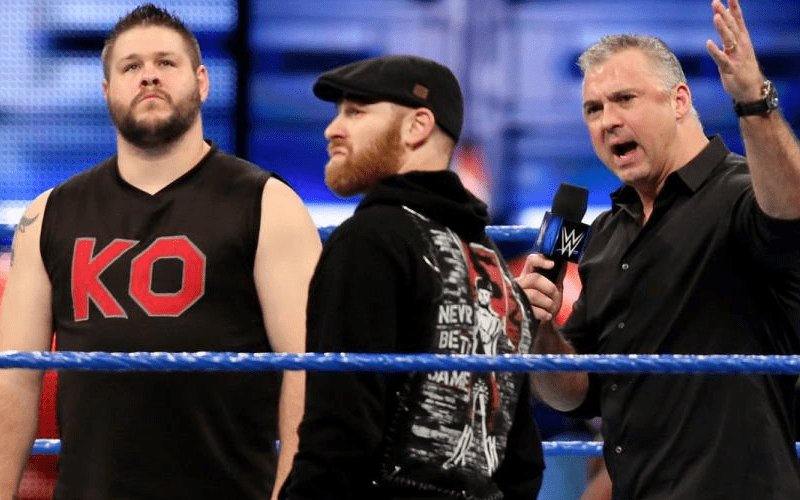 As seen on Tuesday’s episode of SmackDown Live, Shane McMahon announced that Kevin Owens would be facing Sami Zayn at this year’s WrestleMania 34 event.

“There are four weeks left until WrestleMania, I presume it will be Shane McMahon, Sami Zayn, Kevin Owens in a three-way with Daniel Bryan as the guest referee. I don’t know that for sure but I can not fathom the idea that they spent this much time building up something and then at the end of the day he’s just off the show because he got beaten up. I mean they played it up like it was near death but he’s a McMahon and I presume he will be back in a few weeks and build up that match with those two guys. So, I think that match will be added to Mania’.”

Do you want to see this match changed to a three-way? Sound off in the comment section below…