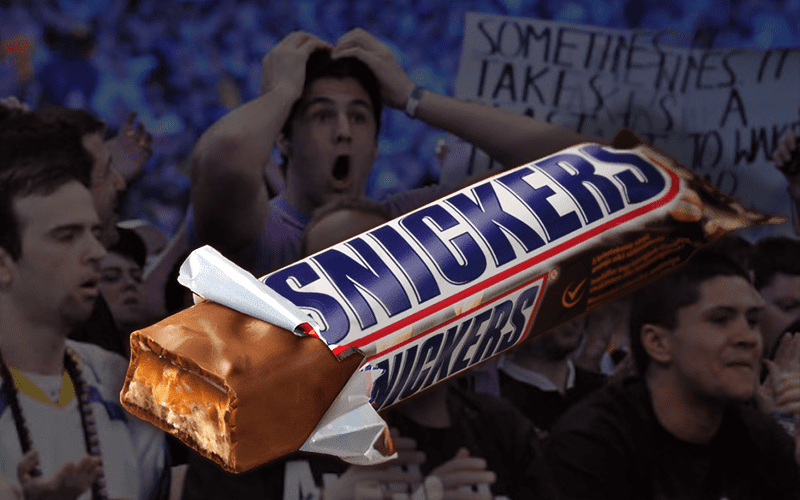 Both Ronda Rousey & Brock Lesnar were both absent from Monday’s episode of RAW, despite being advertised for the show. Many fans that paid to see those two WWE Sueprstars at the event were very unhappy that WWE failed to produce them.

According to fans in attendance at Monday’s show in Detroit, WWE was handing out Snickers Bars to fans that were angry about Ronda Rousey & Brock Lesnar not showing up for the event. This isn’t kayfabe, someone actually thought it was a brilliant idea to hand out snicker bars to people that wanted to see Ronda & Lesnar.

Let’s say you bought a ticket last night to #RAW so you could see Ronda. You bought a ___ dollar Snickers Bar.

Imagine going to Raw expecting Rousey and you get MINI Almond Snickers.