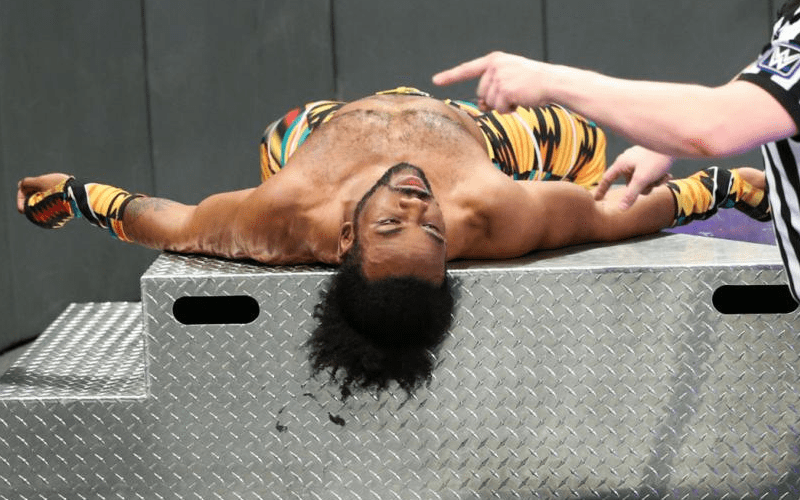 WWE reported on their website that Xavier Woods has suffered a spinal injury during the attack by The Bludgeon Brothers at Sunday’s WWE Fastlane event.

Xavier Woods has suffered an injury to his thoracic spine due to The Bludgeon Brothers’ brutal attack during the SmackDown Tag Team Title Match at WWE Fastlane, WWE.com can confirm.

“Our preliminary diagnosis is multiple thoracic contusions,” explained WWE medical personnel of Woods’ injury. “We’re currently in the process of having him evaluated with X-rays and possibly an MRI for any further damage, such as ruptured discs or fractures of the thoracic spine.”

Woods’ injury was sustained when Harper & Rowan leveled him with a Double Powerbomb onto the steel steps – the most savage blow from an all-out bludgeoning on both The New Day and The Usos – as WWE’s medical crew quickly swarmed ringside and loaded him onto a stretcher.

It is projected that there will be an update on Woods’ status sometime in the next 24 hours. Check back with WWE.com for more details as they become available.

It’s very possible that this “injury” is just storyline to setup the rumored WrestleMania match that would see The Uso vs. The New Day vs. The Bludgeon Brothers. We will keep you updated.