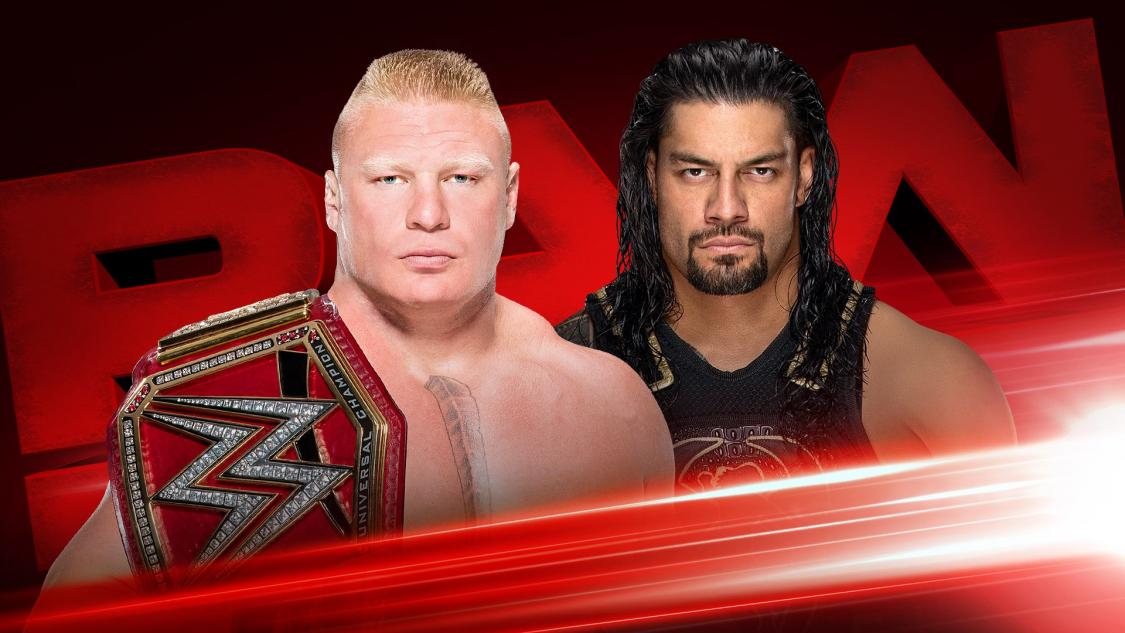 Tonight’s show features a highly-anticipated showdown between Roman Reigns and the WWE Universal Champion, Brock Lesnar. Since Reigns won the Elimination Chamber, and thus the right to face Lesnar at WrestleMania in New Orleans, he has verbally berated the Champion for being a part-timer, a money-grabber, and having no respect for the business. Paul Heyman returned last week with a rebuttal that pretty much confirmed everything Reigns said but sneered at it. Reigns then came out and told Heyman that he isn’t scared of Lesnar and wants to fight him next week. Well, guess what, tonight is “next week” and we’re in for a heck of a brawl between The Beast and The Big Dog!

Also on tonight’s Raw, Alexa Bliss will no doubt be gloating and happy with the fact that Royal Rumble winner Asuka has moved to SmackDown Live to face the Women’s Champion, Charlotte. Bliss is now without an opponent for WrestleMania and I’m sure she will be very sad, however she won’t have time to feign misery because her best friend Nia Jax is very much in line to get a title shot and finally put an end to their lopsided friendship. Expect Jax to finally take a stand tonight.

Elsewhere, Ronda Rousey may be in even hotter water with management now that she has beaten on Stephanie McMahon and is set to face-off with her and Triple H in a match at WrestleMania. The Bar still have no opponents for WrestleMania but will a new team step-up? And just when will Matt Hardy’s Ultimate Deletion take place? All that and more on tonight’s Raw, remember to download the Ringside Talk app and join the conversation, and enjoy the show!

News Tip
wpDiscuz
94
0
Would love your thoughts, please comment.x
()
x
| Reply
You are going to send email to
Move Comment