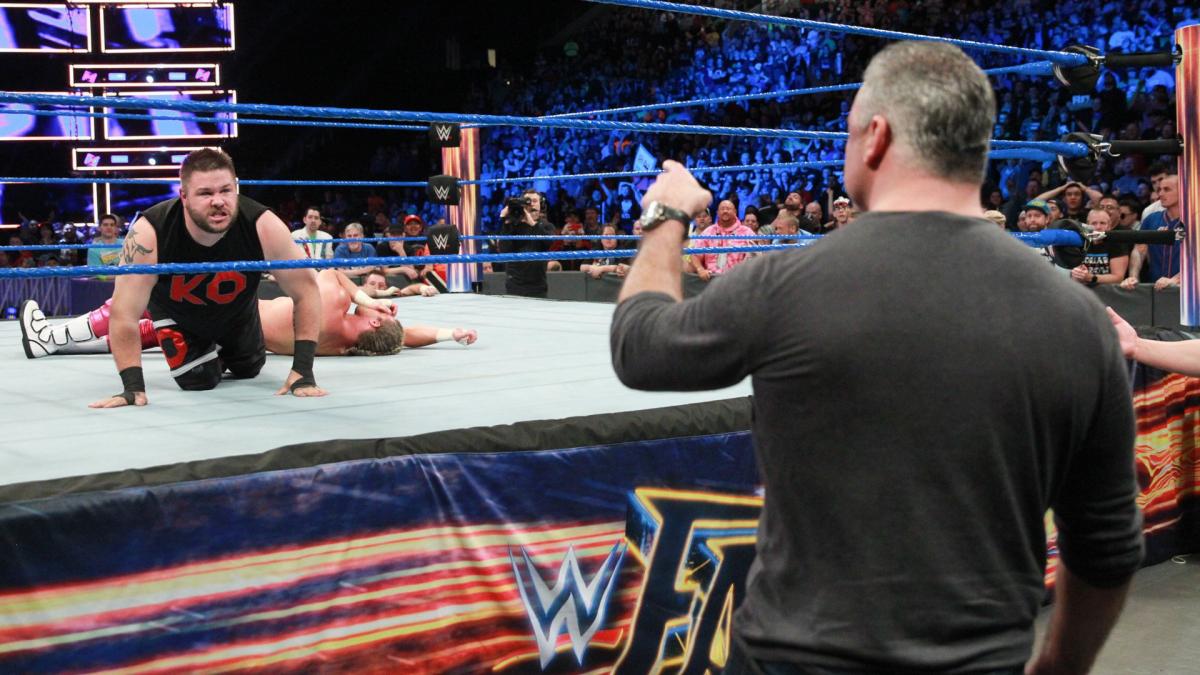 Fastlane just happened. Despite Smackdown being in the doldrums these last few months, Fastlane was a highly entertaining show. Titles were retained, and titles were lost. Some dudes showed up and interfered in matches they shouldn’t have been in. A lot sure happened, that’s for sure.

Of all the things to have happened, what needs to be addressed?

Who will randy orton face at wrestlemania? Randy Orton shocked the world at Fastlane when he beat Bobby Roode to become the United States Champion. Orton countered Roode’s Flying Nothing with an RKO and became the 10th Grand Slam Champion. Roode is now decidedly title-less after less than 8 weeks as champion. Jinder Mahal is also waiting in the shadows, because WWE is expecting a return on their investment, I guess. Could these three men collide at Wrestlemania?

While this may seem an obvious answer, I do have my doubts. There’s already an Intercontinental Championship Triple Threat at Wrestlemania. WWE may not want to do more than one Triple Threat at the Show of Shows. If that’s the case, does WWE add or subtract competitors from the match?

If Orton were to go one on one, would he face Roode or Mahal? He has decent chemistry with both men, but no one is really clamoring for another Orton – Mahal match (except for the 1.3 billion people of the great nation of India).

If this were to turn into a multi-man bonanza, who else challenges for the title? They can’t have the entire roster face Orton. If the Viper beat the entire midcard in one match, who’s left?

It should be an interesting few weeks for the Apex Predator, as now a lot of people are looking to defang the Viper.