Lawler opens today’s show by speaking about Terry Funk’s work in the USWA many years ago. He points out that Funk was simply fantastic back then, and still is today for that matter. Moore adds that when you take into consideration Funk’s ability on the mic, he has to be up there in terms of the greatest performers of all time.

Lawler agrees, and thinks a talent’s work on the mic is more important than what they can do in the ring, because it’s what separates Superstars from the rest of the pack. The ability to talk people into the seats is a huge deal in the wrestling business, and someone who can talk on the mic will almost always be more successful than one who struggles with that skill, despite their abilities in the ring. 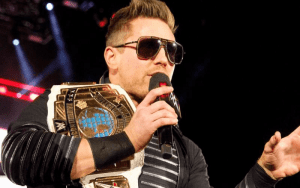 Lawler talks about the changing landscape of professional wrestling. He points out that unlike in years past, today’s fans want to be a part of the action. He believes that mindset started when fans began doing the wave at events, and now things have progressed to beach balls and things of that nature. He’s not sure how WWE is going to ban beach balls, joking that maybe fans will have to walk through a beach ball detector.

He also points out that it used to embarrass him when fans would chant for him and Jim Ross during matches. He notes that it’s always nice to hear fans chant your name, but he’d always feel bad for the talents in the ring because he knows that must have been a discouraging thing for them.