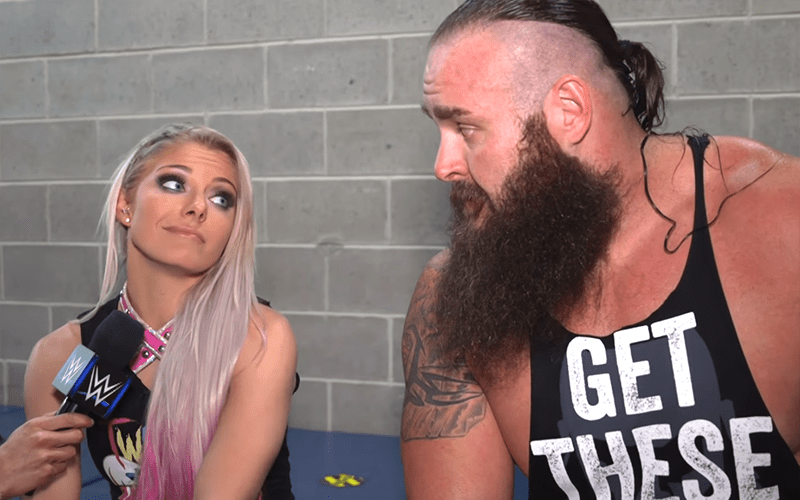 WWE posted footage of Braun Strowman and Alexa Bliss after their victory over Naomi & Jimmy Uso on this week’s episode of Mixed Match Challenge.

In the footage, Dasha Fuentes asks them about their win on Mixed Match Challenge and Bliss says she’s really excited about raising money for Connor’s Cure. Braun mentioned that they’re going “all the way”… in the tournament.

When asked if there’s anything going on between the two, Braun said they’re just being teammates, going out and winning as a unit.

“Yeah, there’s something going on between us. We’re team mates. That’s what teammates do. They jell, they mesh, they go out there and they work as one, as a unit. That’s what we just did tonight as a team and that’s why we’re victorious.”

Bliss pointed out that’s why they win matches, every match they’ve had.