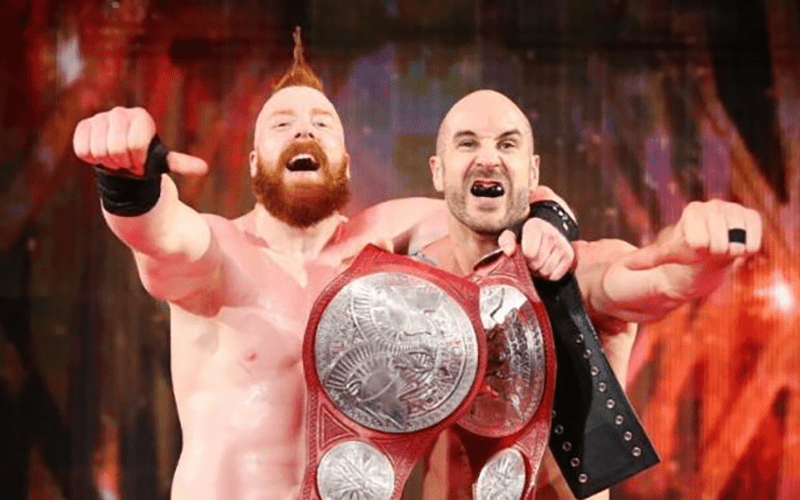 As seen on Monday’s episode of RAW, The Bar defeated The Revival in tag team action and it’s safe to say that The Revival will not be challenging them for the RAW Tag Team Championship titles at WrestleMania.

Sheamus took to his Twitter account to issue an open challenge to any team to face he and Cesaro at this year’s WrestleMania event. You can check out his tweet below.

Who will Step Up To #TheBar at #WrestleMania34?

The Greatest Tag Team on Earth has NO worthy opponents on The Grandest Stage of Them All.

This is an Open Invitation… #StepUpToTheBar

PWInsider reports the current plan is for The Bar to face a team that is “not currently a team” at the event.