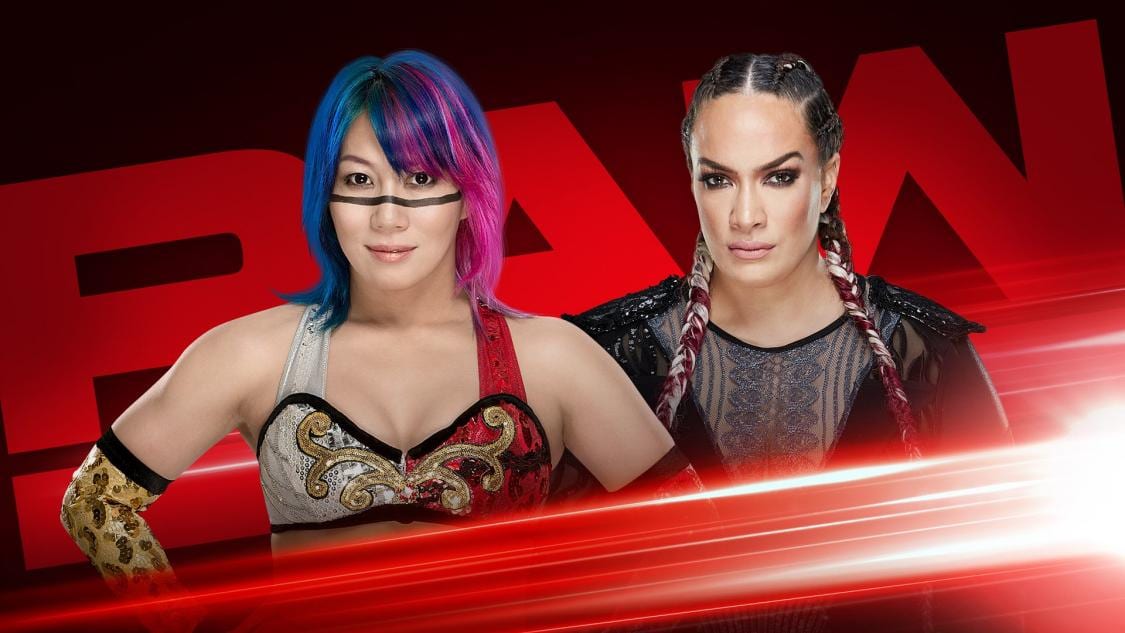 On tonight’s show, Ronda Rousey is back to address what happened last week. Things seemed to have been smoothed out between Rousey and the WWE brass, only for HHH to deck Kurt Angle on his way out. Rousey has more to say to Triple H and Stephanie tonight, which will inevitably lead to a match between her and Kurt with HHH and Stephanie. WWE announced today that Ronda would be appearing on every Raw from now until ‘Mania, so it’s very hard to see how they will keep her relevant but outside of a ring until April 8th.

Asuka will once again put her undefeated streak on the line against Nia Jax on tonight’s show. It’s unclear why WWE keeps booking this match because it seems that they will keep Asuka undefeated, meaning it’s the proverbial booking corner and I don’t see why they keep doing it. Jax is unlikely to break Asuka’s streak tonight, so expect a count-out or DQ finish.

Elsewhere on tonight’s show, Seth Rollins and Finn Balor are butting heads as to who will face The Miz at WrestleMania. Both men defeated Miz last week, leading us to assume it will be a Triple Threat at WrestleMania for the Intercontinental Championship. Kurt Angle is set to address the situation tonight. Also on Raw tonight, Braun Strowman looks to hurt Elias again, Paul Heyman may address Lesnar’s absence last week, and more. That’s our preview for tonight, remember to download the Ringside Talk app and join the conversation. Enjoy the show!

News Tip
wpDiscuz
103
0
Would love your thoughts, please comment.x
()
x
| Reply
You are going to send email to
Move Comment