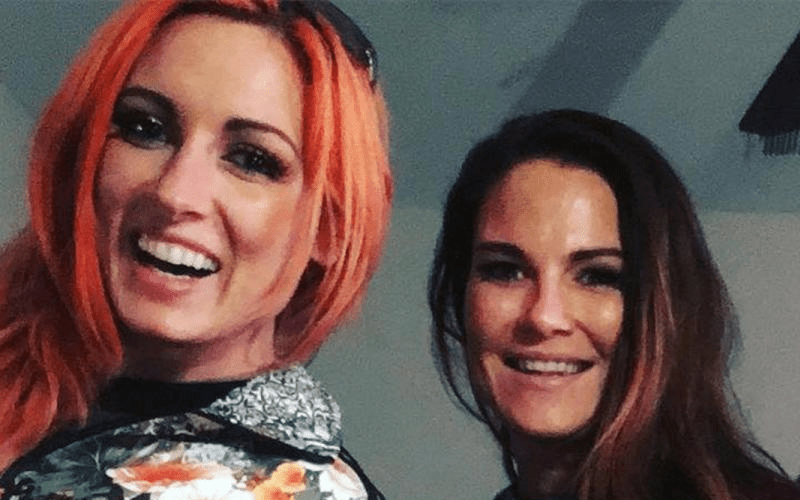 Lita reacted to a fan on Twitter who said his dream WrestleMania match was a TLC match between Lita and Becky Lynch. Lita mentioned that she was game in regards to the match.

One of my dream matches has always been @AmyDumas vs @BeckyLynchWWE. I would love if it was a Tables, Ladder and Chairs match and also at @WrestleMania. I know both women would love this too, Lita is extreme and Becky would be facing her idol. It would be amazing 😁😁😁 pic.twitter.com/VbL8r3Ygr9

Becky also responded to the tweet saying she would be interested as well, you you can see below.

That makes two of us. https://t.co/x30jXhouWD

It’s very unlikely that this match will happen anytime soon. Right now the rumored top female matches for WrestleMania are Sasha Banks vs. Bayley, Asuka vs. Charlotte and Nia Jax vs. Alexa Bliss. WWE is also considering a multi-person women’s match for the show, presumably a battle royal of sorts.