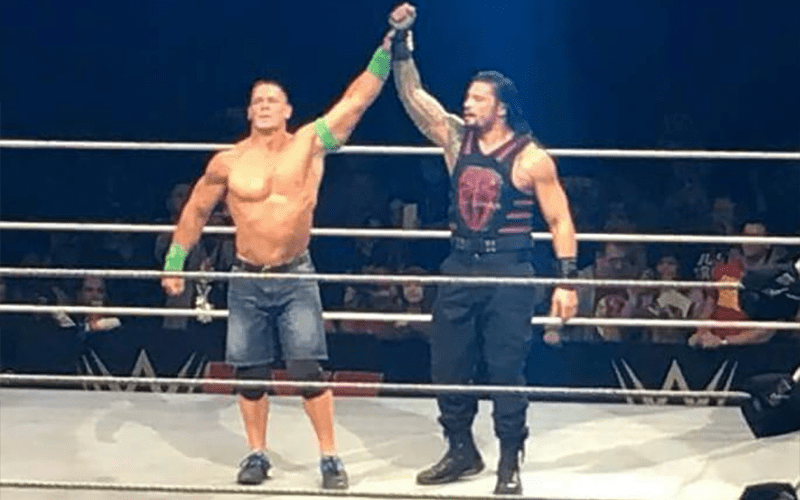 During the main event of Saturday’s WWE Live Event in Chicago, Roman Reigns defeated John Cena with a spear and after the match Cena raised Reigns’ hand.

According to individuals in attendance, the fans were so upset with the Brock Lesnar vs. Kane match only being 30 seconds long that they decided to hijack the Cena/Reigns match in retaliation. Chants of “You Both Suck, This is Boring, Rusev Day and “CM Punk” broke out during the match.

Here is footage of Cena raising Roman’s hand after the match: