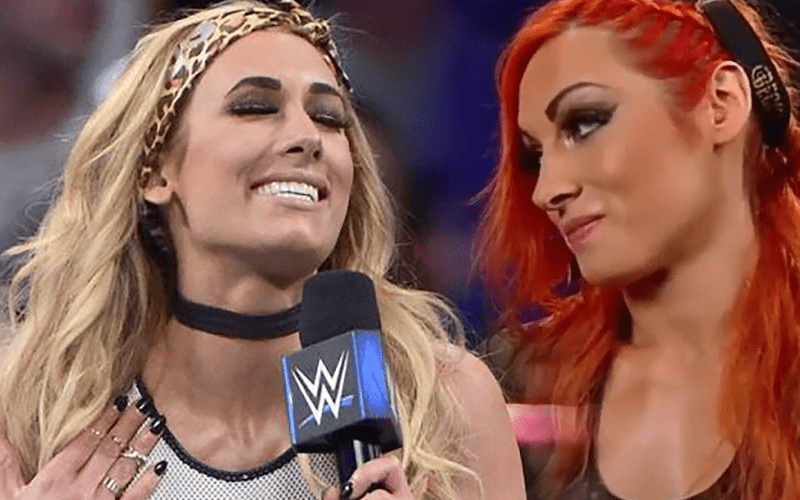 Ahead of their match on next week’s episode of SmackDown Live, Carmella and Becky Lynch decided to trade jabs on Twitter. It all started when Carmella sent a tweet to Lynch with a photo of a Troll Doll with bright orange hair.

Lynch responded back by tweeting her a photo of Liv Morgan and told her that she’d see her next week.

Carmella took the insult as a compliment.

Soooo original…. haven’t heard that one before..🙄 besides I’ll take it as a compliment, the chicks hot 🤷🏼‍♀️😍 https://t.co/cgjdIZOWEi