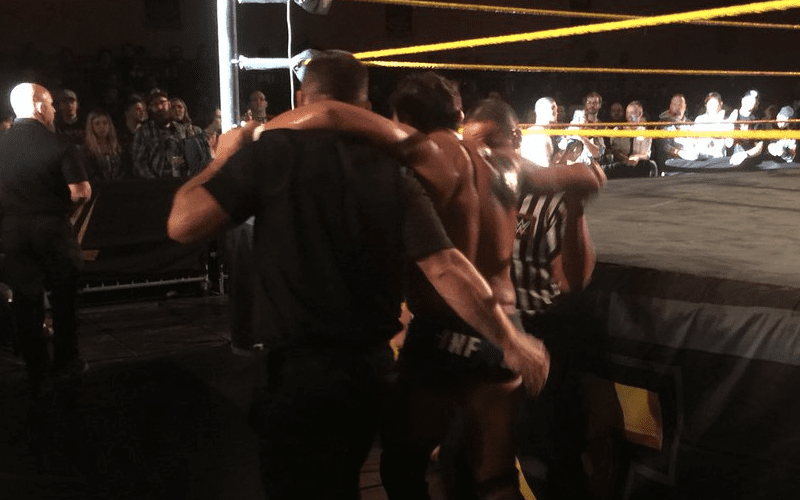 While Fish was teaming with O’Reilly against Heavy Machinery in an NXT Tag Team Championship Match, referee Drake Wuertz threw up the “x” signal after Fish rolled out of the ring. After Fish was attended to by medical personal, he was assisted to the backstage area.

Correspondents at tonight’s show mentioned that Fish tweaked his knee and O’Reilly ended up having to wrestle against Tucker Knight and Otis Dozovic by himself. Adam Cole came out to distract Dozovic, with O’Reilly securing a win with a roll up.