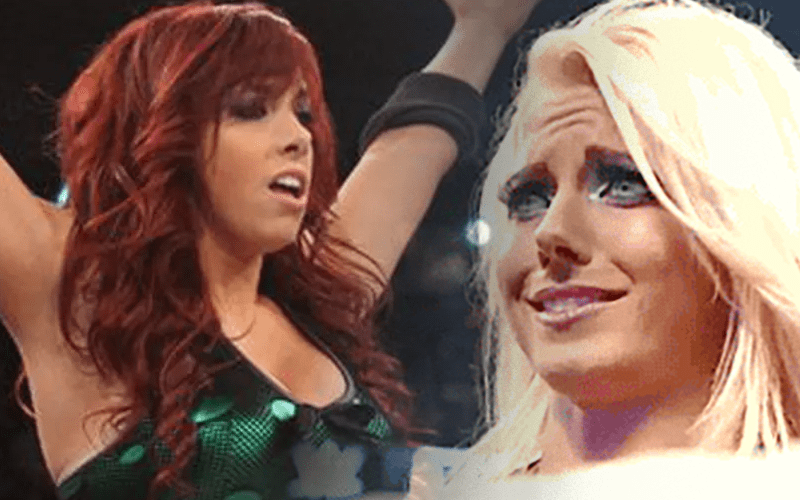 Former Knockout Taeler Hendrix called out RAW Women’s Champion Alexa Bliss on Twitter today. First she informed Alexa that Alexas was holding her title for her. Hndrix then followed up with another tweet that read, “Enjoy it. Keep it warm for me. That title belongs to me.”

Your holding my title @AlexaBliss_WWE

Enjoy it. Keep it warm for me. That title belongs to me.

About an hour later Bliss posted a tweet with a gif that had “I don’t know her” in it, alluding to Hendrix’s tweet.

Before this exchange went down, Hendrix sent out a tweet claiming she was the best in pro wrestling and how others that claim to be the best are afraid of a real challenge.

They all claim to be the best, Yet they are all afraid for a real challenge, a real champion. No doubt Hendrix is #1 in the industry today. 11 years of hard work. Adversity, humble beginnings. Never give up. Always dream. You can achieve your dreams. Never settle. Never quit. pic.twitter.com/4bOCEXqgO2