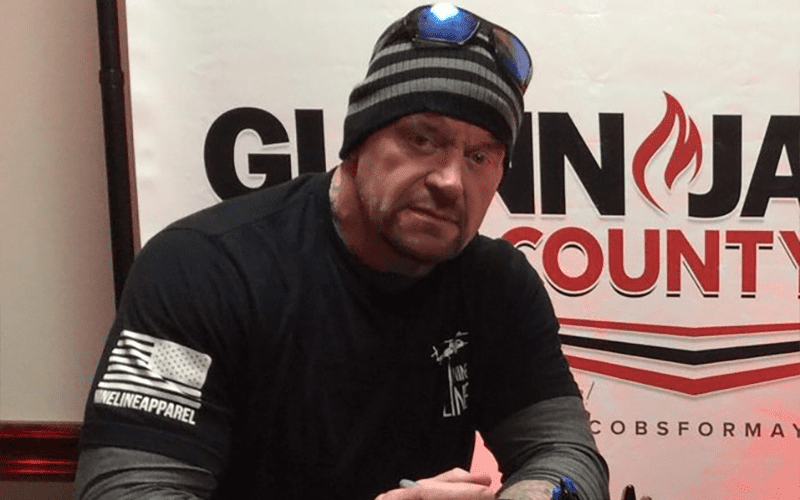 As previously reported, The Undertaker attended a rally for Glenn “Kane” Jacobs’ mayoral campaign in Knoxville, Tennessee on Thursday. The event was a fundraiser for Kane’s campaign to become mayor of the city, and marked the first time that Taker and Kane have ever appeared in public together outside of WWE.

Mike Johnson mentioned on a recent PWInsider Elite Audio that The Undertaker was asked about his return to WWE television at the event and downplayed the idea to individuals that questioned him.

“Yesterday he did a signing in Knox County Tennessee with Kane to help promote Glenn Jabobs for Mayor. Apparently Kane & Glenn Jabobs are close. There were some fans that asked him about returning and why he could have very well been working them, he kinda gave the impression of “ahh, don’t hold your breathe, don’t wait for that one,” but we’ll see. If I was Undertaker and I was returning, certainly I would want to keep the mystique and aura going and hide things, you know? Sort of do a little slide of hands. We’ll see what happens.”

As previously reported, The Undertaker is expected to return to WWE programming sometime after the Fastlane event to further the build in his WrestleMania match against John Cena.