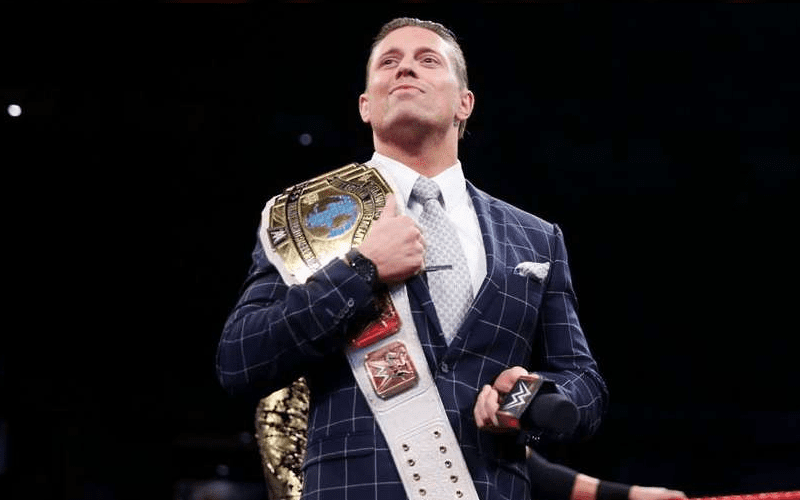 While Dave Meltzer reported this week issue of The Wrestling Observer Newsletter that the plans for the Intercontinental Championship title match at WrestleMania 34 this year would see The Miz vs. Finn Balor vs. Seth Rollins, other sources are reporting differently.

Justin Barrasso of Sports Illustrated mentioned in his weekly update this week that the plan for the Intercontinental Title at WreslteMania would see the championship defend in a Fatal 5-Way that would feature The Miz, Seth Rollins, Finn Balor, Elias and Braun Strowman.

Mike Johnson mentioned in his latest PWInsider Elite Audio that the talk backstage at RAW this week was that Braun Strowman would be going after the Intercontinental Title at WrestleMania in what could be a ladder match.

“The story that making it’s rounds backstage at RAW and again I don’t know this 100% fact and that’s the reason we haven’t written about it. There were some people pitching the idea of an Intercontinental Title match and with Braun being one the potential challengers in a ladder match.”

Meltzer on the other hand is reporting that Braun will be backup for the main event of WrestleMania in case things don’t work out with either Roman Reigns or Brock Lesnar, as there appears to be issues and concern there with the steroid accusations.

We will keep you updated if we receive any other information regarding the WWE Intercontinental Title and it being defend at WrestleMania this year.