Before getting into his thoughts on Sunday night’s Elimination Chamber PPV, Russo informs that he’s only been flown first class by a wrestling company once in his life. He notes that while someone like Eric Bischoff always demanded to be flown first class, he never demanded such a thing. The one time that he was flown first class he actually gave up his seat, giving it to the first wrestler who got on the plane who would have been forced to sit in economy seating otherwise. 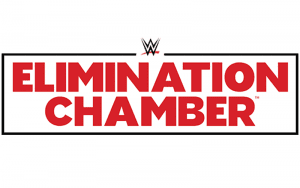 Lane opens up the Elimination Chamber discussion by pointing out that this show was 3 and a half hours. Apart from the deteriorating product, Lane feels that the lengthy run-times of WWE’s shows nowadays are hurting the company’s ability to attract new viewers. Russo agrees entirely, pointing out that even the marks admit that three hours is too long for RAW each Monday.

Lane also points out that there are rumours circulating that WWE will be switching to 4-hour PPVs when they revert back to dual-branded PPVs after WrestleMania. Russo says he can barely watch anything for 4 hours, especially wrestling. He also feels that if someone with a lot of money like Mark Cuban took a serious run at competing with WWE, they’d be able to compete.