Ryback is joined on today’s show by his co-host Phoenix Marie.

A listener writes into the show and asks Ryback what factors go into deciding whether it’s okay to refer to a certain performer as a “veteran” of the business. Ryback informs that longevity and consistency are two major factors when determining when to call someone a veteran or not. If the talent has performed at a high level on a regular basis for a long period of time, that term may be applicable. He also adds that the talent’s attitude backstage has a lot to do with it as well. 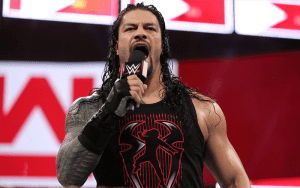 Another listener writes into the show and asks Ryback who he prefers between Roman Reigns and A.J. Styles. He says that he’s a fan of both performers and he thinks they’re both phenomenal athletes. He doesn’t see the need to pick between them, and he points out that there’s no such thing as the “greatest wrestler ever”. Everyone has their favourite individual performer, and that’s the way it should be.

A final question for Ryback asks him to reveal whether he’d ever be interested in working for NJPW. He informs that he’s still getting healthy right now but when he heals up he’d certainly entertain the idea of working there. He says that all of that will be considered in due time. He loves it in Japan, but he can’t go for lengthy tours like the company expects from their athletes.