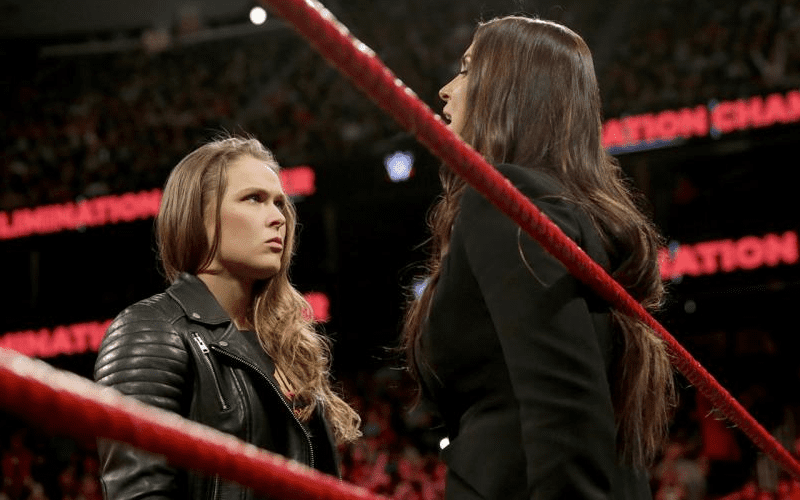 It’s been rumored for several months now that Ronda Rousey will be teaming with a male WWE Superstar to take on the team of Triple H and Stephanie McMahon. While The Rock was the top pick for Rousey’s partner, it now appears that the company is going with Kurt Angle instead.

Speaking of Ronda & Stephanie, Dave Meltzer mentioned on today’s Wrestling Observer Radio that the company is trying to book Ronda similar to how the Steve Austin vs. Vince McMahon storyline was put together — where you have a babyface going up against a heel authority figure.