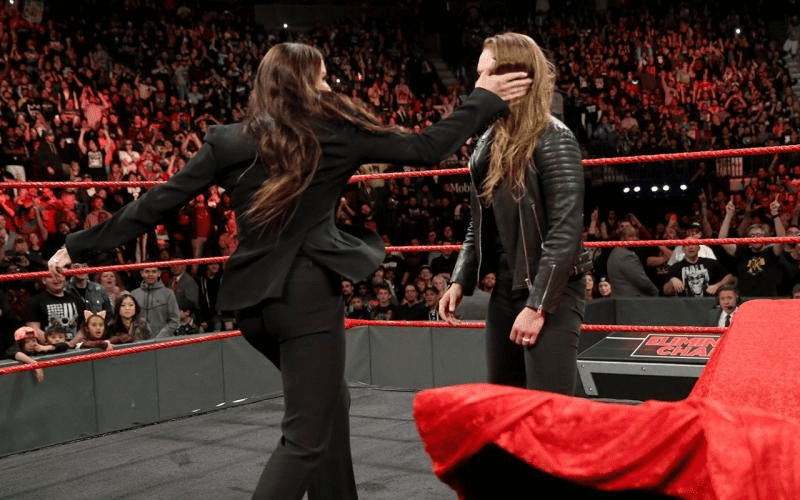 According to ESPN’s Ramona Shelburne‏, Ronda Rousey was seen backstage after being slapped by Stephanie McMahon at Sunday’s Elimination Chamber with a welt on her face. This would indicate that the slap was real and Stephanie really gave it to Ronda.

Btw. That was a legit slap by Stephanie McMahon. Heard from some folks backstage that Ronda Rousey has a handprint welt on her face 👀

In face you missed the incident Sunday night, you can check out footage below: