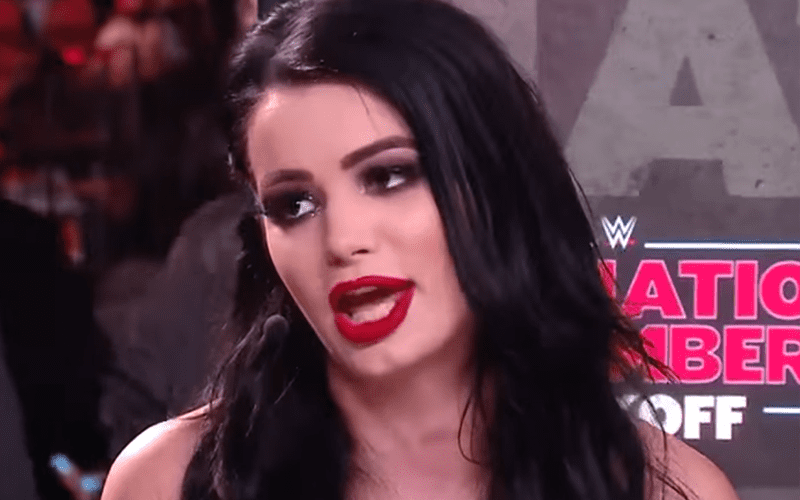 While answering fan questions during the Elimination Chamber Kickoff Pre-show, Page responded to a fan who pointed out that she only wrestled a few times as of late, to which Paige responded, “I had neck surgery, dumbass.”

For those who have asked, Paige has not undergone a new surgery since WWE made the decision to pull her from the ring. Paige was referring to the surgery she underwent last year before she got injured again.

Speaking of Paige, she has been concentrating on non-WWE projects including her Saraya fashion line, using her given first name. Today she held the grand opening of the phyiscal store.