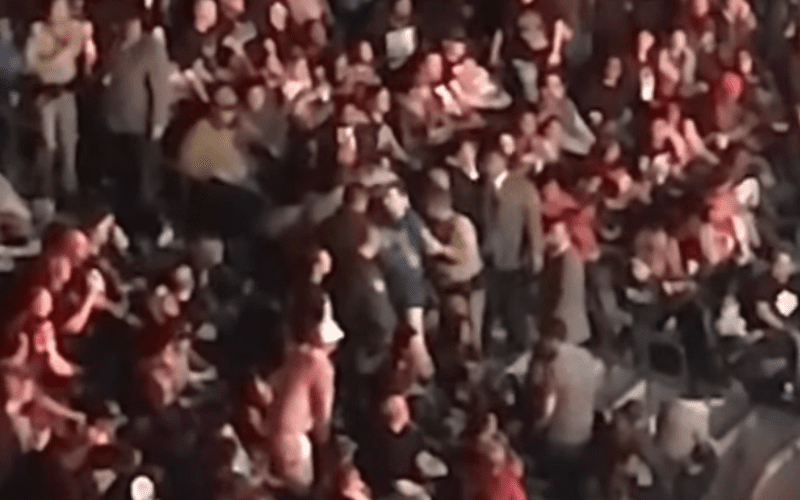 During Sunday’s WWE Elimination Chamber event, a fight broke out in the crowd, which led to an arrest of a fan. Below is footage of the fan being escorted out of the arena by police.

Heel by Nature, who obtained the footage, speculates that the incident could have been alcohol fueled and two fans got into an argument. While we are unable to confirm, there are ramblings that the fan may have also been tased.