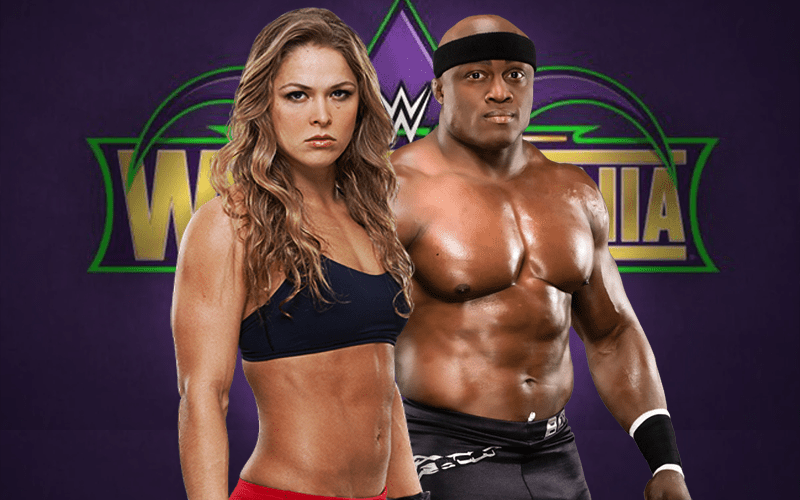 During the mailbag segment in the latest installment of Wrestling Observer Radio, Dave Meltzer was asked if Bobby Lashley or Seth Rollins could possibly be named Ronda Rousey’s WrestleMania 34 partner in the rumored match against Triple H & Stephanie McMahon.

While Meltzer believes Seth Rollins has a good possibility of tagging with Ronda, Meltzer downplayed the idea of Lashley returning to the company as Ronda’s partner. Meltzer explained that there really isn’t enough time to properly re-introduce him.

“Bobby Lashely, I don’t see. Just not enough time to introduce him properly. It’s possible but I don’t see it.”

As previously noted, ideally WWE wants to try to get The Rock in to fill the role as Rousey’s partner but it’s not really looking good due to insurance concerns with The Rock. We noted earlier today that there hasn’t been anything new regarding The Rock & WrestleMania so the chances of him filling this spot are getting shorter by the day.

Come this Sunday there should be a clearer direction in what WWE has planned for Ronda Rousey as they are rumored to be setting up the WrestleMania match at Elimination Chamber when she signs her “RAW” contract.