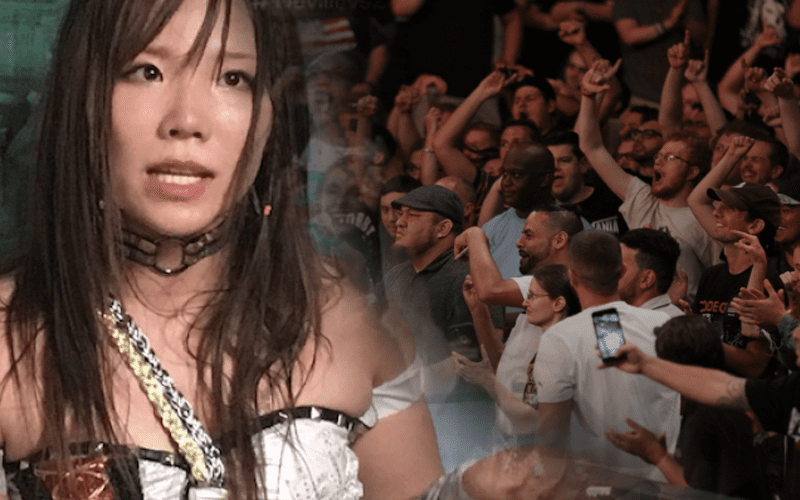 According to fans in attendance at Thursday’s NXT Live Event in St. Petersburg, Florida, a group of people chanted “Happy Ending” and “Pearl Harbor” at Kairi Sane during her match against Rhea Ripley.

Douchebags saying “Happy ending” and “Pearl Harbor” at @KairiSaneWWE should be removed from the facility. Their tickets should be confiscated and their credit cards should be blocked from buying future tickets. @WWENXT #NXTStPetersburg

To the guy who yelled, "Remember Pearl Harbor" toward Kairi Sane at #NXTStPetersburg…. I'd like to meet you outside and personally show you how we treat women, let alone Japanese women. You're a piece of shit and I'll spit in your face.

I’ve been to a dozen of NXT events here in Florida and this doesn’t surprise me one bit. Often times these NXT fans only care about trying to get themselves over for attention.