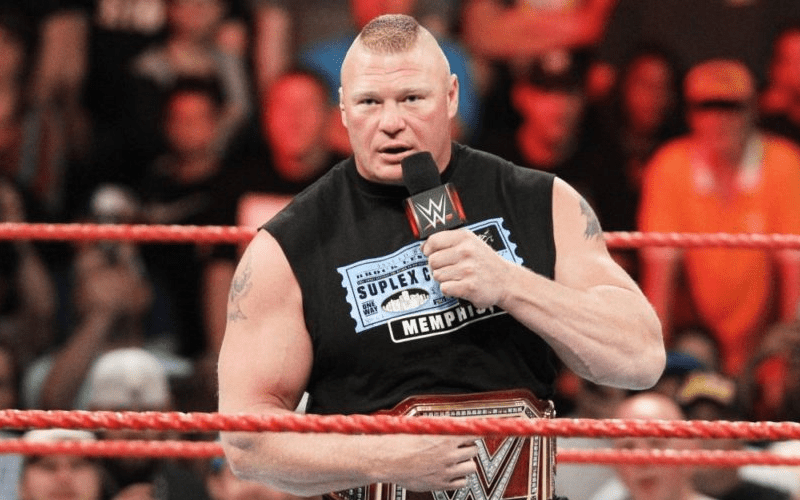 Dave Meltzer mentioned these tickets in the latest issue of The Wrestling Observer Newsletter and pointed out that Brock Lesnar is no where to be seen on these tickets. The belief is Lesnar was not featured on the tickets because he won’t be under contract at that point and there is a chance he may be leaving the company. The company decided to not have him on any promotional material for the event.