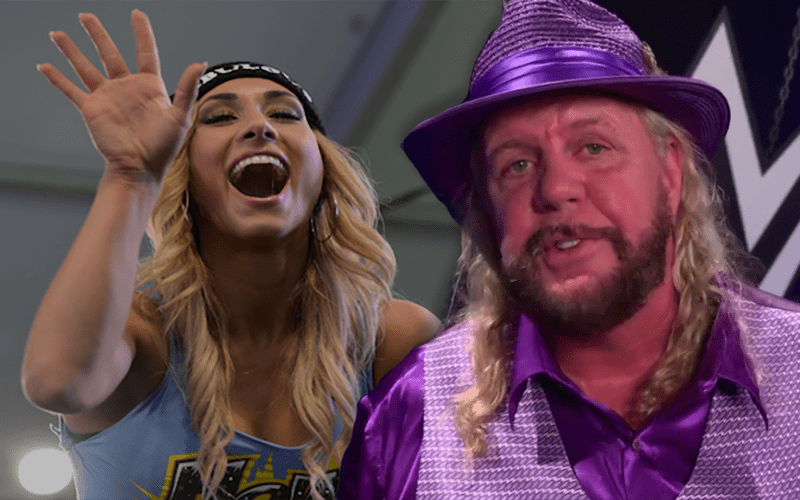 WWE Hall of Famer Michael PS Hayes said on Twitter that Carmella stole the moonwalking and the spelling-out ‘Fabulous’ bit from him after a fan asked Carmella where she got the idea of the moonwalking entrance from.

When the fan asked The Princess of Staten Island how she came up with the idea of a moonwalking entrance and mentioned that the only wrestler he remembers doing it was Michael Hayes. Hayes chimed in saying that’s not the only bit Carmella has “stolen” from him. Hayes also said that she got the idea of spelling out the word ‘Fabulous’ from him as well.

The Ms. Money in the Bank replied to the tweet saying that she will “go for the fanny pack next.” This was all done in good fun as another fan suggested that Bruce Prichard and Conrad Thompson should donate one of their “Doot Doot Doot” fanny packs, which sounded like a good idea to Hayes.

Hi @CarmellaWWE where did you come up with the moon walking idea, Only wrestler i can remember doing it was @MichaelPSHayes1

@CarmellaWWE__ has stolen everything i ever did!!! Where do U think she came up with Fabulous??? Let me guess, next she will write her own theme song!!! Bahahaha

I think I will go for the fanny pack next 🤔 https://t.co/P2DXiGNWIm

Of course U would, because I do it!!!
Let me guess U will get the fanny pack from Bruce n Conrad doot doot doot.
Yea, thx for all the royalties guys!!

Of course @bruceprichard and @HeyHeyItsConrad will give @CarmellaWWE a fanny pack, I at least hope they charge her for it lol