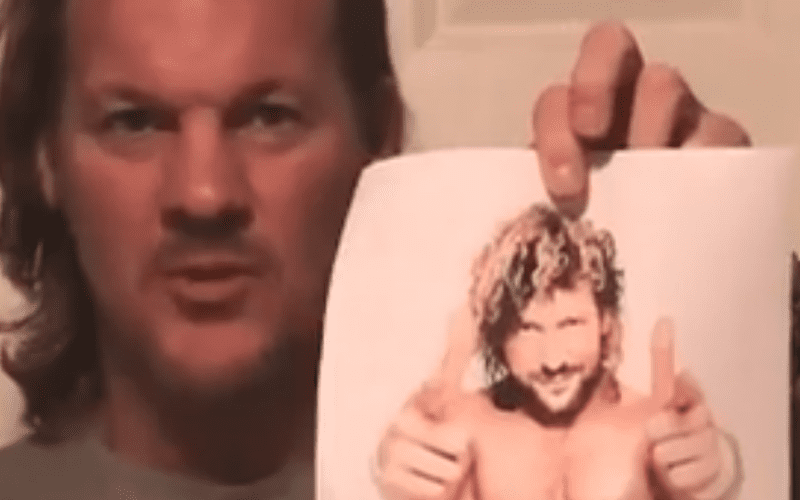 Here is the full announcement:

Hosted by Jim Ross and Jerry “The King” Lawler along with WWE Hall of Famers DDP, Mick Foley & Ricky “The Dragon” Steamboat, along with Jim Breuer, Fozzy, Phil Campbell & The Bastard Sons, and many more – sailing from Miami to

Hot on the heels of Alpha vs. Omega, one of the most talked about wrestling matches in recent memory, wrestling legend and Fozzy singer, Chris Jericho, along with Sixthman, the industry leader in music festivals at sea, are proud to announce that Kenny Omega is confirmed to attend the inaugural voyage of Chris Jericho’s Rock ‘N’ Wrestling Rager at Sea.

“After having the best match of my career against Kenny Omega, I’m stoked to announce that he is coming aboard the Rock N Wrestling Rager At Sea!” says Jericho. “I’m super excited to see what kind of excitement and thrills he’s gonna bring to the first ever Jericho Cruise…once again we are gonna make history together!”

Kenny joins a stacked Ring of Honor roster who will be wrestling at sea. In addition to Omega’s matches on the ship, there will be a “Sea of Honor” tournament aboard the ship, including fellow Bullet Club members Cody, Young Bucks, Marty Scurll, and Adam Page, as well as current Ring of Honor World Champion Dalton Castle and fan favorites The Briscoes, Brandi Rhodes, Jay Lethal, Christopher Daniels, Kazarian and Delirious, where the winner gets a shot at the Ring of Honor® World Title.

“Don’t miss out on THE vacation of a lifetime!” Jericho exclaims. “Don’t make the List…book your cabin NOW while you still have time!”

Chris Jericho’s Rock ‘N’ Wrestling Rager At Sea is sailing from Miami, FL to Nassau, Bahamas on October 27 – October 31, 2018. The Ayatollah of Rock ‘N’ Rolla, Chris Jericho, will be the cruise director and will be joined by some of Y2J’s closest musician, comedian and wrestling hall of fame friends, including Jim Ross, Diamond Dallas Page, Mick Foley, Ricky The Dragon Steamboat, Rey Mysterio, Raven, Jim Breuer, FOZZY, Phil Campbell and the Bastard Sons, Kyng, The Stir, Blizzard of Ozzy and many more! Fans will also be treated to live podcast tapings including Talk Is Jericho, Keepin’ It 100, Killing The Town, Beyond the Darkness and the recently added Unprofessional Wrestling Show with Colt Cabana and Marty DeRosa. Cabins for this wrestling, music and comedy extravaganza are now available at: www.chrisjerichocruise.com.

The cruise will take place aboard the recently renovated Norwegian Jade and offers guests Norwegian Cruise Line’s signature freedom and flexibility to enjoy 11 onboard bars and lounges, 16 dining experiences, the Jade Club Casino, one outdoor pool, hot tubs, and a full menu of spa treatments. Cruisers will enjoy duty-free shopping and awe-inspiring architecture in beautiful Nassau. Explore your adventurous side diving into the crystal blue water with dolphins and colorful fish. Chris Jericho’s Rock ‘N’ Wrestling Rager At Sea available staterooms begin at $800 per person for double occupancy, plus taxes and fees For more information about booking your vacation, visit us online at www.chrisjerichocruise.com or call Sixthman directly at 877-379-9187 between the hours of 10:00am ET and 6:00pm ET.