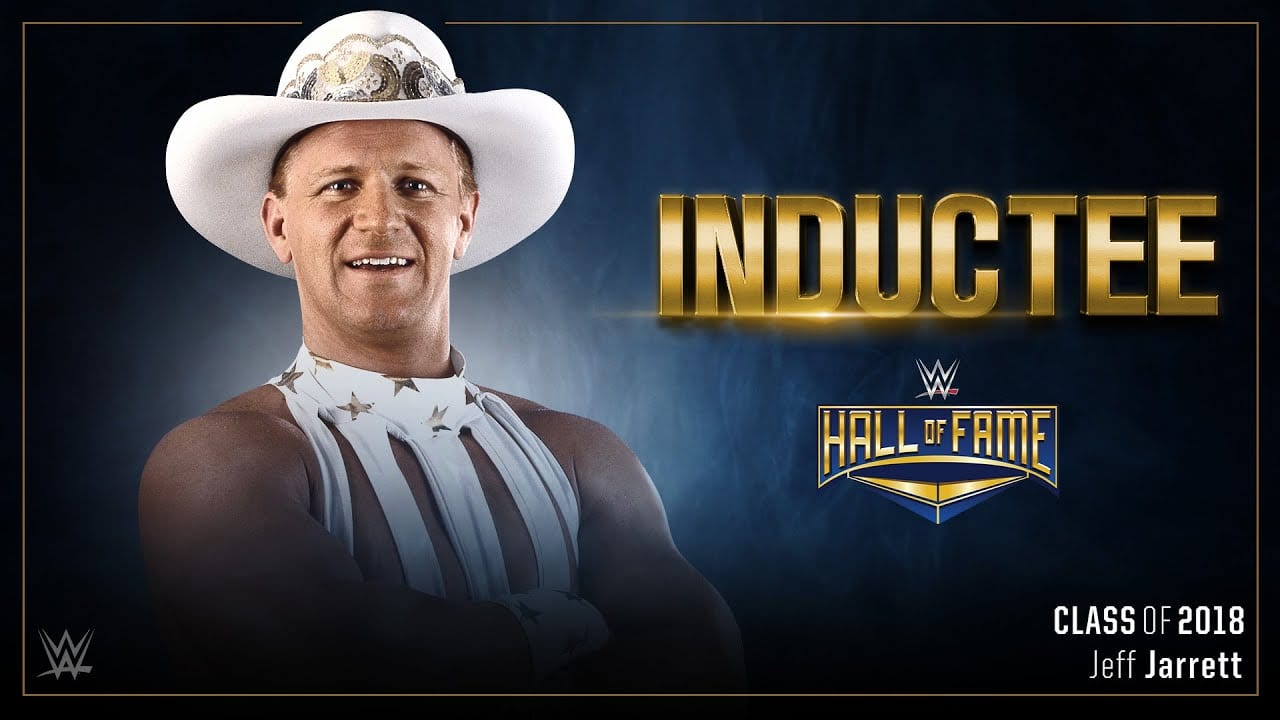 Jeff Jarrett spoke to NBC Sports about his induction into the 2018 WWE Hall of Fame class. Here are some highlights from the interview:

Going Into The WWE Hall of Fame: “I would have never dreamed that in 2018 I’d be going into the Hall of Fame. But as I’ve sat back and looked I said, ‘Welp, I guess there are some things that are just meant to be.’”

Not Coming to WWE After The Sale of WCW: “It’s a business and I knew that I was going to be getting paid on my Turner contract for about another eight or nine months, so I didn’t even think to address it that night. I think from an in-ring perspective, I was just hitting my prime years in the early 2000s. I would have loved to work with the guys in WWE during that time period, but it wasn’t meant to be. I took my career in another direction and I’m glad I did so, but the Hall of Fame is another opportunity for things to come full circle.”

Getting to Reunite With AJ Styles: “I don’t believe in coincidences, only convergences and AJ headlining and me going in to the Hall of Fame is perfect,” Jarrett said. “He’s been a friend since the early days of our relationship and it’s been great to watch him progress as a performer. I can’t say enough about the guy.”

His Family’s Connecting to Wrestling: “It’s a humbling honor and I will be accepting it on behalf of just not myself, but my wife Karen, who has had to go through ups and downs. My dad, my stepmom, my uncle, who just passed away. My grandfather, my grandmother on the other side of my family,” Jarrett said. “It’s a three generation business, so I’m accepting it for everyone in my family because it is a family business. That is something that is so humbling to me. I’m the one who got picked, but it’s really an award for the entire Jarrett family.”

Getting The Nod to Go In The Hall of Fame This Year: “Quite frankly I’ve thought about that. Who am I? Why am I going in now? They asked and I had to do a head-scratcher because it was literally a shock,” he said. “There are less than 200 wrestlers in the Hall of Fame and you think about the thousands of guys that have laced up the boots and I’m going to be one of those 200. It just doesn’t seem right in my brain. When I first heard about it I looked at my calendar and saw that the date of the ceremony is April 6, 2018 and April 6 of 1986 was the day that I had my very first match. So 32 years to the day is sort of surreal.”