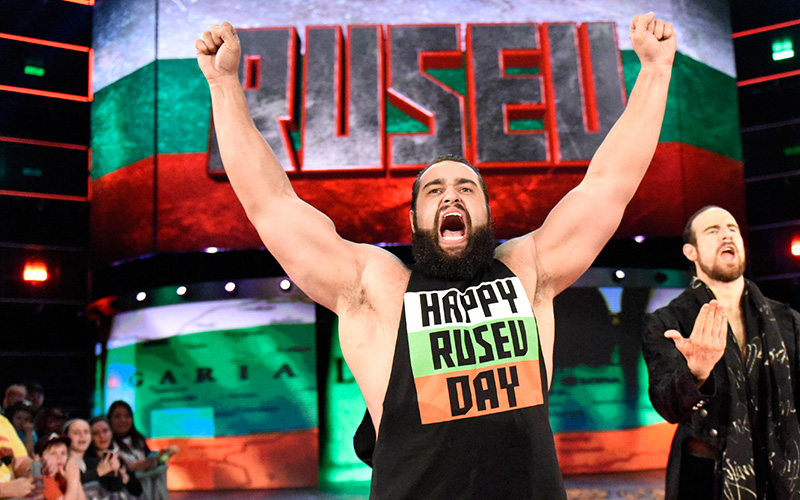 While speaking to ESPN, Rusev talked about the “Rusev Day” gimmick and revealed that the original plans was for it to only be a one-time thing but once the gimmick took off, it took a form of it’s own.

“I had no idea this was going to happen,” Rusev said to ESPN. “This was supposed to be a one-time ‘Rusev Day’ thing. I never thought in a million years it was going to be what it is today. It was something we planned to do, but just for one day. But it just caught on fire ever since then. Nobody expected that.”

Rusev mentioned that he’s been enjoying it and fans are now appreciating him.

“I’ve just been enjoying it,” Rusev said. “I’ve been booed out of the building for the past four years. So finally the people now appreciate me. But I’m just having fun, I’m just doing me. Every bad guy or good guy, we all enjoy the crowd reaction, so I’m just going with it.”