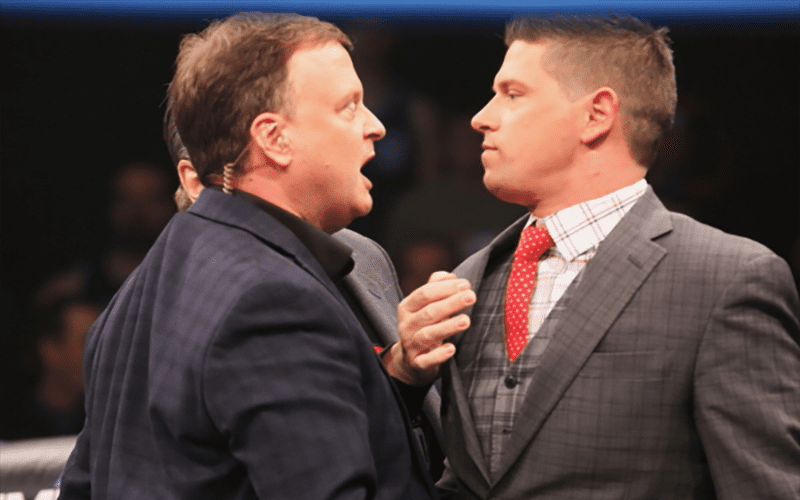 While speaking with Riju Dasgupta of Sportskeeda.com, Josh Mathews commented on Jeremy Borash’s departure from Impact Wrestling and also denied reports that the company edited Borash out of the commentary after they found out he was leaving for WWE.

“I saw somewhere online that we re-voiced stuff that JB and I had already done which wasn’t true. Our next VO session when we found out that Jeremy was leaving the company was like two days later. Three or four days later actually. We had time to come up with a different game plan with what the right decision was going to be. There were a lot of different opinions and a lot of different thoughts. And I think that the final decision was the best one they could have made. Sonjay came here and did great, and now we have that situation in place. How important was Jeremy? I mean important, sure. I think that (laughs) everything is moving at the speed at which it was moving before Jeremy said he was leaving. That’s the best I can put that. There was no hitch. There was no glitch. Everything’s just smoothly running as it were if he were still here or not here.“