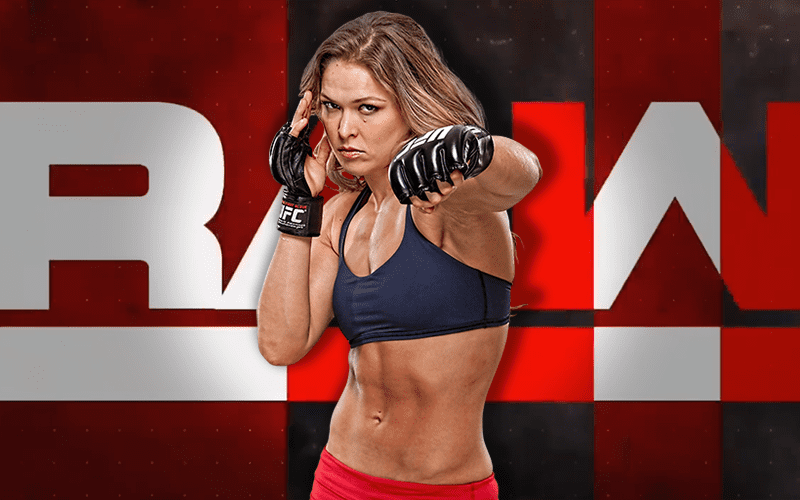 As seen on Monday’s episode of RAW, WWE announced that Ronda Rousey will be appearing at the Elimination Chamber event to sign her contract with the RAW brand.

Dave Meltzer discussed the announcement on today’s installment of Wrestling Observer Radio and mentioned that they are going to shoot the WrestleMania angle at The Chamber when she signs the contract.

The belief is because Rousey’s WrestleMania match will be pushed as one of the top matches, that she will probably be at almost every show leading into WrestleMania after she signs the contract at Elimination Chamber. We should have a better indication of what her schedule will look like come March.