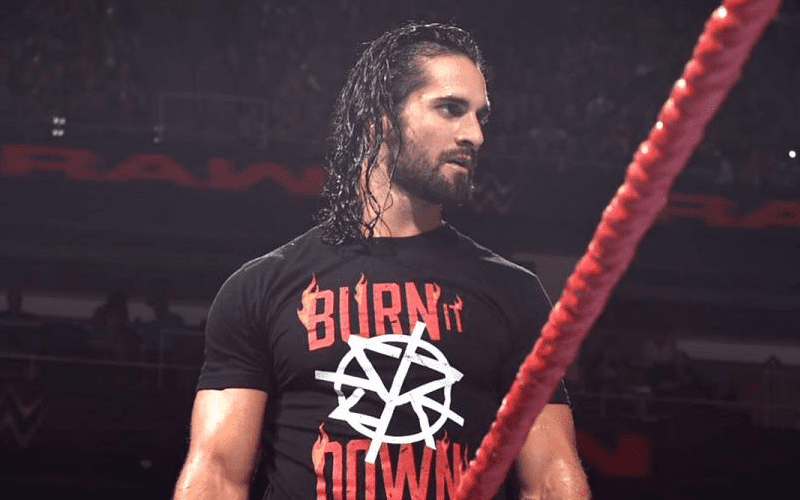 WWE finally did the unthinkable on Raw. They had a Last Chance match between Seth Rollins & Friend v. The Bar. Rollins lost. Hopefully this means he never has to step in a ring with Sheamus and/or Cesaro. The feud has ended. Finally.

There’s still the question of what the Kingslayer is going to do come February 25. While WWE has two weeks to come up with something for Rollins to do, things aren’t looking too hot for the Architect.

All the Suitable Opponents Are in the chamber He can’t even have a throwaway match for the Intercontinental Championship against the Miz that ends with Miztourage interference. Miz is in the Elimination Chamber as well. Anyone worth fighting that isn’t named Sheamus or Cesaro is already indisposed.

The fact that there are seven people injured on Raw’s roster right now doesn’t exactly help. I imagine that if Dean Ambrose’s elbow didn’t explode or whatever, then they would already be setting up a feud between the two. Alas, Ambrose is taking time off for the first time ever due to his injury.

Samoa Joe is out as well, so they can’t even have an exhibition match. Jason Jordan just recently got neck surgery, so they’ll want to keep him out of the ring for a while.

What’s Rollins to do?