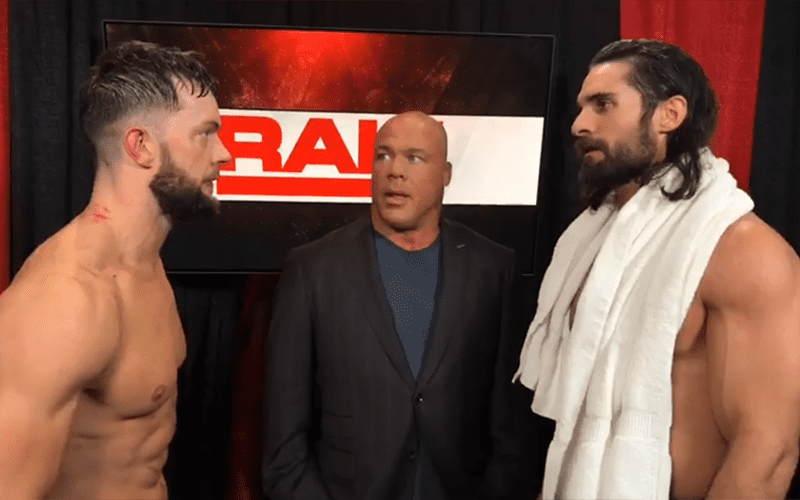 As seen on Monday’s episode of RAW, both Finn Balor and Seth Rollins pinned Bray Wyatt in the “Second Chance” Fatal 5-Way match in the main event. The show ended up going off the air with no definite answer to whom would fill the final spot in the Elimination Chamber match.

Kurt Angle announced on Facebook Live after RAW that seven men will now compete in the upcoming Elimination Chamber match. That match will now see John Cena vs. Elias (enters last) vs. Braun Strowman vs. Roman Reigns vs. The Miz (enters first) vs. Seth Rollins vs. Finn Balor.