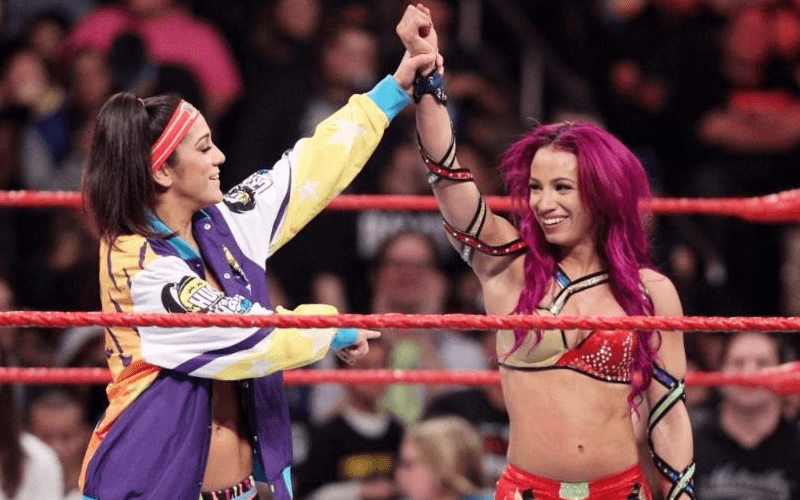 Dave Meltzer speculated on the latest installment of Wrestling Observer Radio that WWE could be planning to swerve fans and have Bayley finally turn heel.

While discussing the Match 15th Madison Square Garden card that was recently sent out by the company, Meltzer explained that the pairing of Elias and Bayley could indicate a heel turn in the near future.

“So perhaps the Bayley/Sasha thing will be Bayley turning and not Sasha… Maybe. Or they don’t know what they are doing and they needed.. I don’t even know why. Why you would have Bayley team with Elias?”

Bryan Alvarez suggested that the angle they are shooting with Sasha & Bayley could be done to swerve fans and Bayley would end up being the one turning heel instead of Sasha — who has been portraying a heelish character on television lately.

It’s worth noting that over the weekend, Sasha and Bayley have been taunting each other on social media. This would further indicate that something between the two is eventually going to go down in the future.

A very focused @itsBayleyWWE stepped up to the plate last Monday on #RAW, but she still wasn't quite ready for @WWEAsuka… pic.twitter.com/QJb6ft6zr6

It’s only a matter of time.. https://t.co/MwRHqtprdN

Until I beat her… https://t.co/FfxxeYvI0u