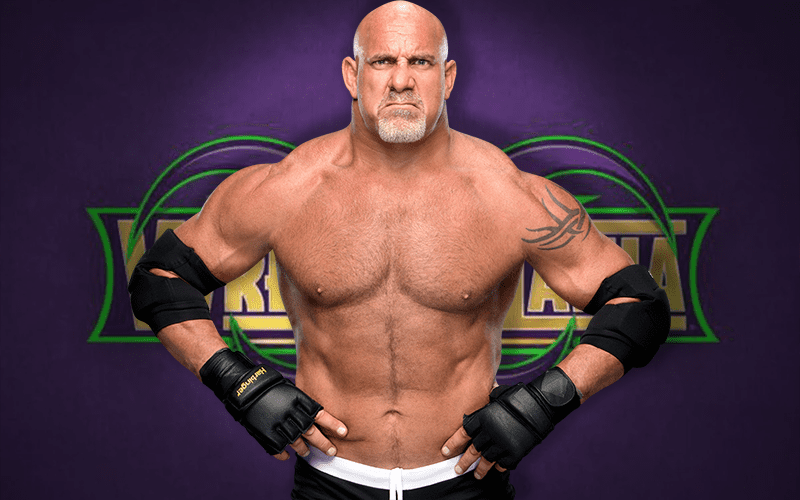 WWE is reportedly planning on bringing Goldberg back for an appearance at this year’s WrestleMania event.

According to a report by The UK Sun, WWE is considering plans to bring back the former WWE Universal Champion for the Andre Memorial Battle Royal. The company will be filming the match for an upcoming HBO Sports documentary on the late Andre The Giant and the feeling is Goldberg would bring more attention to the match.

“There has been huge talk that WWE plan to give the 20-man over the top event an extra push this year due to the upcoming HBO Sport documentary on the late, great Andre – a star of the company throughout the 1980s,” reports The UK Sun.

It will be interesting to see what plays out at WrestleMania. We already know that Goldberg will be in town as he’s schedule to headline the WWE Hall of Fame that weekend. We will keep you updated if we hear anything else regarding Goldberg status for WrestleMania.