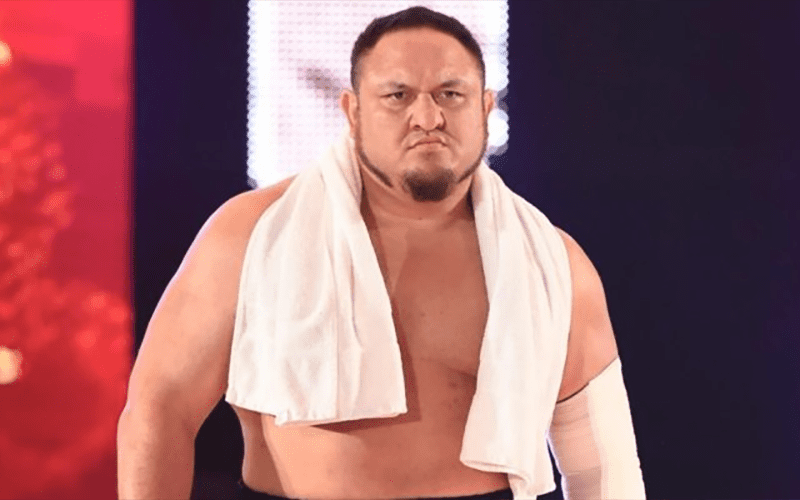 Samoa Joe may not be returning to in-ring competition until sometime after WrestleMania.

Joe, who was previously listed for the WWE Live Event at Madison Square Garden on March 16th, is no longer being advertised for the show. Joe is currently not listed for any WWE events until the European tour in May. While his removal could have been done as a precautionary measure, it could also be an indication that his status could have changed and he won’t make it back in time for WrestleMania.

As previously noted, Joe mentioned on Booker T’s Heated Conversations podcast that his return to the ring is a “week to week” thing.

“It’s kind of a week to week thing,” Joe told Booker. “With these injuries sometimes they heal sooner, sometimes they heal later. They are going to do a little bit of an ultrasound, check it out every week. They’re going to be giving me treatments. It’s not something that can be fixed surgically. It’s basically a lot of time, rest, and elevation, and letting it heal. It just depends on how quick it heals. Hopefully, it will be sooner than later. Obviously, we’re going to be past the [Royal] Rumble, but I don’t know how much further past that.”

We will keep you informed if we hear anything new regarding Samoa Joe’s status.