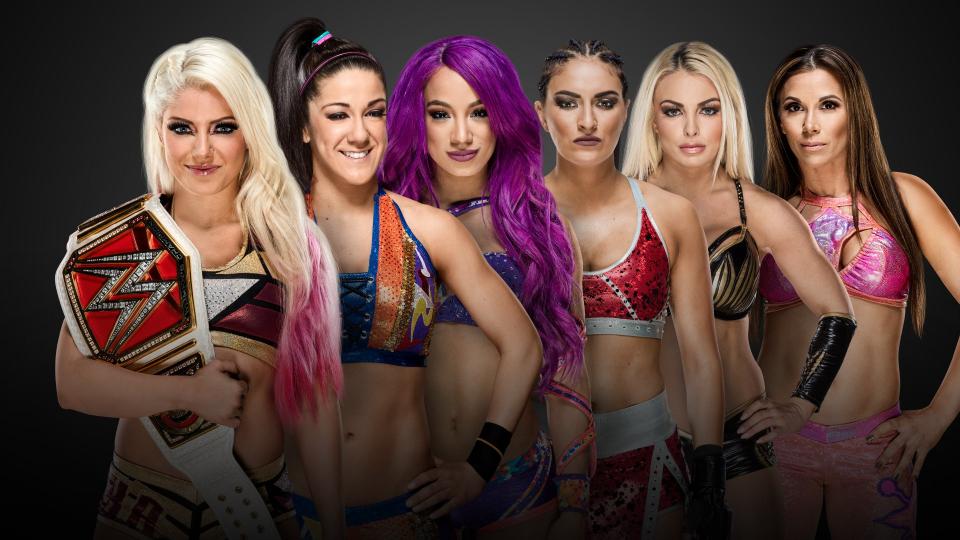 After months of rumors the WWE finally announced the first ever all-female elimination chamber two ago on the Raw following the Royal Rumble. The following week, the company announced the six competitors for the match and the announcement raised some eyebrows among fans.

Most notable for Nia Jax’s absence, the match is set to feature reigning champion Alexa Bliss, Sasha Banks, Bayley, Sonya Deville, Mandy Rose and Mickie James. With the first ever Women’s Royal Rumble having been a huge celebration of all things women wrestling, and a pleasant trip down memory lane, the company are likely to want to get down to business inside the Chamber and will no doubt use the match to establish several key feuds heading into Wrestlemania.

With that in mind, let’s take a look at four things that should happen inside the first ever women’s elimination chamber, and their implications heading into Wrestlemania 34.

Since the Royal Rumble, it has become increasingly clear that the WWE is toying with the idea of a Sasha Banks heel turn. If that is the case, then the Elimination Chamber is the perfect time to pull the trigger. After an exceptional 2016, Banks stalled somewhat in 2017 and a change to her character could really help regenerate her career in the WWE.

The best way to execute this turn?  Have Bayley return the favour from the Royal Rumble and eliminate Sasha mid-way through the match. An enraged Sasha, one who is already reeling from her loss to Asuka a few weeks ago on Raw, can then return to the ring and beat down her former friend. This attack could then lead to Bayley’s elimination and, in turn, spark a rivalry between the two which can culminate in a match at Wrestlemania.

Bayley Vs Sasha has been a match fans have been dying to see since both women have been on the main roster, and a match for the two at Wrestlemania would also be a pretty big moment for the women’s division in general- with the company finally start to build feuds that don’t just focus on the women’s title.