Edge and Christian open today’s show by mentioning that Tamina actually competed in the first ever Women’s Royle Rumble match with a torn rotator cuff. Edge points out that battling through that injury to compete in the Rumble as well as raising two children on the side is quite admirable. Christian adds that Tamina’s rotator cuff was probably already completely torn, so wrestling in that match wouldn’t have made it worse; it was just a matter of Tamina having to suffer through the pain. 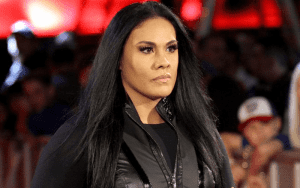 Edge talks about the off-mic trash talking we see from professional wrestlers on television each week. He says that when wrestlers are yelling back and forth at each other they try to refrain from swearing, and often they’re screaming about something related to their feud or program. On the other hand, Edge says sometimes he’d yell out things like “I’m curious about robots!” or “I like to run with dinosaurs!”, just to see if anyone would notice.

Edge and Christian welcome Elias to the show.

Edge says that he’d a big fan of Elias’ promo style. He thinks Elias has a great delivery, which he describes as “really dry”. Elias admits that he feels very comfortable delivering promos, and he just tries to get better every time he goes out to the ring. He credits WWE officials for giving him a lot of creative freedom in his promos, as that allows him to take some chances in the ring such as interacting with the fans.