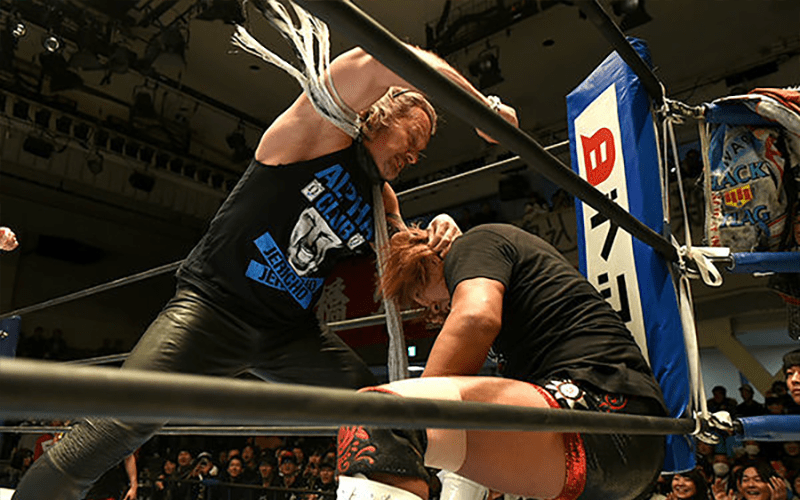 Dave Meltzer mentioned in the latest installment of Wrestling Observer Radio that the planned NJPW match between Chris Jericho and Tetsuya Niato may not take place at March 25 Long Beach show and the company may decide to push it back a few months.

Jericho, who is available for the event, has not been announced by the company to make an appearance. Cody Rhodes vs. Kenny Omega is already scheduled to headline the event, so it’s possible they save Niato vs. Jericho for NJPW’s Dominion event in June instead.