Before he muted the audio, Taz noticed that Ranallo’s voice level dropped dramatically when he threw to a video package after screaming over the in-ring action during the match prior. This is a huge mistake in Taz’s opinion, and he also thought the WWE production team failed here because the mix that was done in post production was terrible.

Taz informs that if he was wrestling today, he wouldn’t work the same way that he worked during his career. He worked that “shoot” style back in the day because everyone wanted to be Ric Flair or Hulk Hogan back then, and that made his character different. Nowadays, everyone has that “shoot” style, so he’d find a way to be original with a different type of in-ring style. Taz points out that he loves Velveteen Dream right now because he’s different.

Taz says he’s a fan of Shayna Baszler, but he thinks NXT officials need to be careful with how they present her moving forward. He says that she’s basically the same character as RAW’s Sonya Deville, and her MMA in-ring style has a lot of similarities with Asuka’s character as well.

He says that he just doesn’t get the Kassius Ohno character. Ohno is a big, physical guy who can work, but the “It Factor” is missing in Taz’s opinion. He thinks that Ohno’s ring gear is really bad, and he just doesn’t look to be in good ring shape at all. 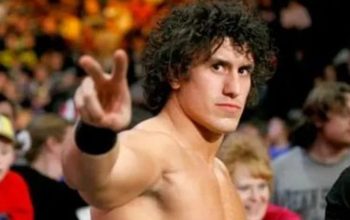