Dave Meltzer reported in the issue of The Wrestling Observer Newsletter that Rich Swann and his wife Vannarah Riggs got back together sometime midweek or earlier. The couple is said to be doing well and she posted the following on Facebook regarding her husband:

“I can not wait to see my husband tomorrow. After such an awesome weekend of wrestling debuting in two different promotions across America, nothing would be better than to see his face.”

Riggs’ remarks would indicate that she probably won’t be pressing charges against her husband for the incident that led to his arrest. Swann’s attorney told Sporting News that no charges were filed and it would be up to the states attorney to decide if they are moving forward or not. The belief is if no chargers are filed, WWE may bring him back. 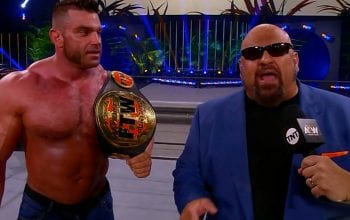