It’s been heavily speculated that Paige may be returning as the final member for the SmackDown Team for the women’s traditional 5 vs. 5 Survivor Series match this Sunday.

Dave Meltzer mentioned on today’s installment of Wrestling Observer Radio that he heard it would not be Paige filling the spot. Meltzer said that he was told the spot will be for Natalya. So, unless WWE changes the plans over the next couple of days, it appears that Natalya will be revealed as the final member of the SmackDown team.

In regards to Paige, Meltzer said the last he heard is that she was scheduled for Monday’s RAW to be revealed as the final participant for the RAW Women’s team. WWE ended up changing plans after calling her in and decided to go with Bayley instead. It’s still unknown why WWE nixed the plans for Paige’s involvement.

WWE will be announcing the final participant on Sunday. 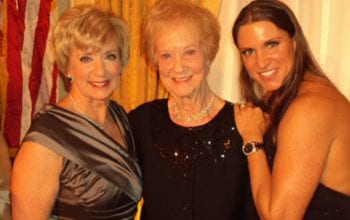