Sadness took over everyone as WWE announced the release of James Ellsworth. James Ellsworth lived the dream, there’s no doubt about it. I mean, he got to kiss Carmella. He’s got that going for him.

All Carmella jokes aside, it’s quite amazing just how much James Ellsworth accomplished during his short stint in WWE. He’s already accomplished more than most people on the roster (not really, but you get what I mean). The Chinless One really has a career full of highlights to look back upon. 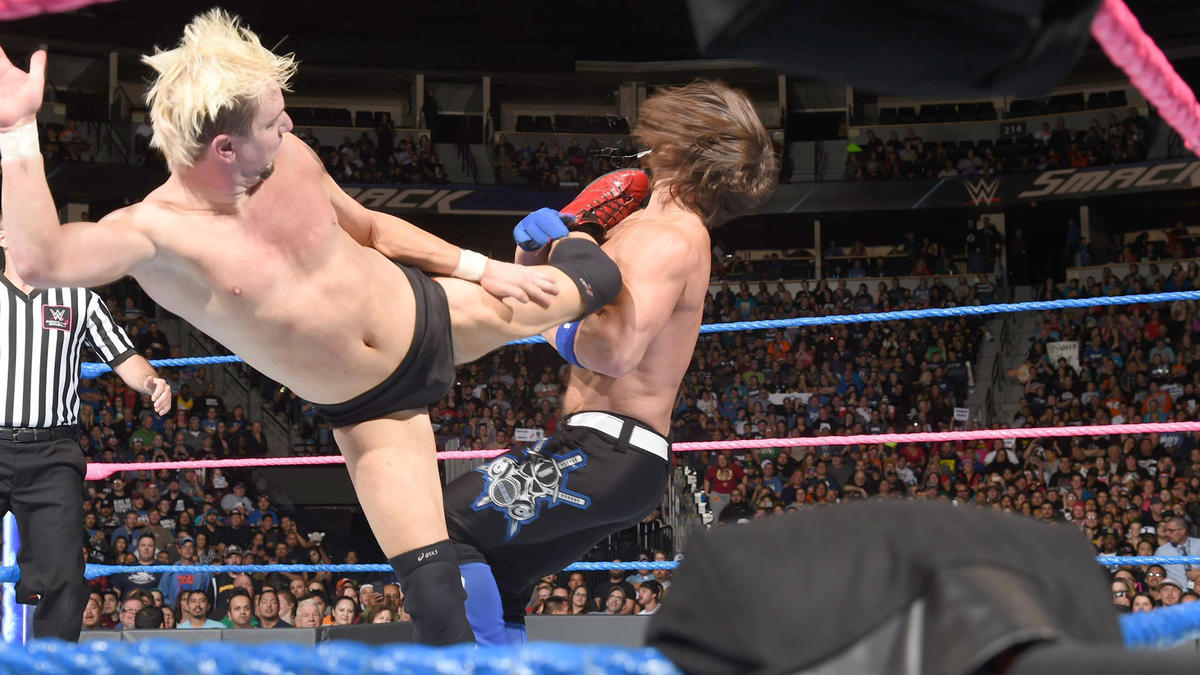 Around this time last year, good old Jimmy found himself in the middle of a heated rivalry between Dean Ambrose and AJ Styles. Ellsworth found himself in a match against the Phenomenal One, and thanks to a whole lot of shenanigans, James picked up an unlikely victory over the WWE Champion.

Styles easily outclassed and outwrestled his chinless opponent, but Ambrose (the timekeeper and ring announcer of the match) was rooting for Ellsworth. Ellsworth then nearly shocked the world when he hit his No Chin Music (thanks, Dave Otunga) on the champion. James Ellsworth was about to become WWE Champion.

Of course he didn’t (because duh), but he almost did. That’s what matters. His record against AJ Styles will forever be 3 – 1. Not even John Cena can claim such a statistic.