– Renee Young, David Otunga and Peter Rosenberg have been confirmed for the WWE Survivor Series Kickoff pre-show on Sunday, which begins at 5pm EST.

– There are still no plans for a live broadcast of the November 25th Starrcade event from Greensboro, NC on the WWE Network.

– Rob Conway is at the WWE Performance Center this week working as a Guest Coach.

– There are plans for “The Vault” section on the WWE Network to add the old NXT reality show competition format from the series’ original Syfy run in December.

Get YOUR @WWE @WrestleMania 34 tickets before anyone else in our online pre-sale this Wednesday at 11 AM ET using code WWEFAN! pic.twitter.com/0xgEJ0aPuL 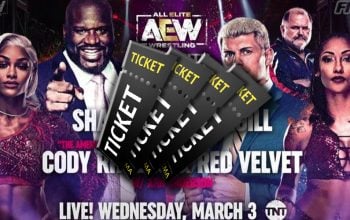