Moving into their thoughts on Smackdown Live, Russo says he would have saved himself two hours if he had known that Sami Zayn was going to open the show in a main event position.

None of the guys were impressed with the Fashion Files segment this week. Russo thinks this whole thing is a joke, and now they’ve incorporated The Ascension into this nonsense as well. Bolin agrees and even though he tried to enjoy the segments, he simply isn’t entertained by them. Vito says he’d rather be watching David Arquette as Champion than this stuff.

Vito thinks WWE is setting up Baron Corbin to have one of the most embarrassing Title runs of all time. He thinks WWE was forced into giving him a Title run after the concussion controversy surrounding him. He points out that WWE always finds a way to get back at people who speak out, and this will be their way of telling Corbin to keep his mouth shut moving forward. Bolin says Corbin looks like an average indie worker and not a star. Russo says he actually likes Corbin’s look, but WWE isn’t doing anything with him. 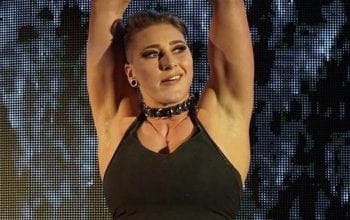