Ryback says it’s great to hear that Ric Flair is recovering, and he thought it was hilarious that Flair wasted no time firing his management once his health started to improve. Buck recalls hiring Flair for an appearance years ago, and there was a stipulation in his contract that required Buck to have a television next to Flair’s signing table, playing a copy of Flair’s ‘Best of’ DVD.

At first Buck thought this was required simply to enhance Flair’s presentation, but he soon realized it was required for a different reason. Flair was in a fine mood when he showed up, but after seeing his matches on the television his face lit up and he was in a great mood for the rest of the signing. Buck realized that the management company put that stipulation in there in order to ensure that Flair would be in a great mood for his signings.

Ryback says he’s happy to hear that Alberto Del Rio is making his return to GFW because he’s always been a fan of Del Rio. He recalls Del Rio working lengthy house show main event matches with Dolph Ziggler a few years ago and they were absolutely stealing the show every night. He says that you can say whatever you want about Del Rio, but you can’t question his work ethic.

A listener writes into the show and asks Ryback how WWE executed the ‘ambulance spot’ from his Money in the Bank match against John Cena. Ryback informs that the top of the ambulance was cut out before hand so when Cena dropped him, he’d be able to go through rather easily. It was a fairly pleasant bump but his elbow hit part of the ambulance that wasn’t cut out on the way down, resulting in a swollen elbow for a days after.

That sums up today’s episode of Conversation with the Big Guy. You can listen to the show yourself anytime here, and I’ll catch ya next week for another recap! 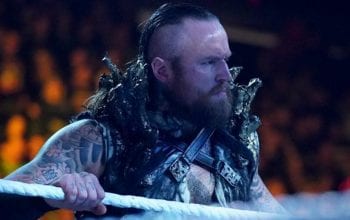 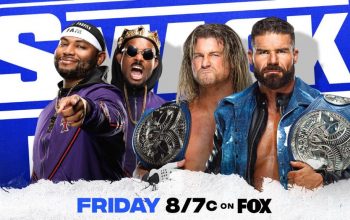