He says that when WWE executed the initial brand split a year ago, they had an opportunity to make NXT a legitimate third brand by giving it one hour of RAW’s three-hour time slot. Instead, they chose to keep things the same and NXT is now clearly defined as a feeder system for RAW and Smackdown Live.

Taz thinks this results in some issues for big names at NXT who move onto RAW and Smackdown Live. He says that when you’re a ‘big fish in a small pond’, things are often perceived to be better than they actually are. When the talent then gets moved to RAW or Smackdown there may be a let down because that’s a  enormous pond, and sometimes the mainstream fans aren’t familiar with NXT talents.

A listener calls into the show and asks Taz who he thinks will win the Mae Young Classic. Taz says he believes WWE is going to book Shayna Baszler to win, and he’s not sure that’s the best decision. He loves Baszler’s look but he’s not sure if she’s ready in the ring, and he doesn’t want to see her put in a place she’s not ready for at this point. On the other hand, Taz thinks Mercedes Martinez appears to be more than ready for the spotlight. 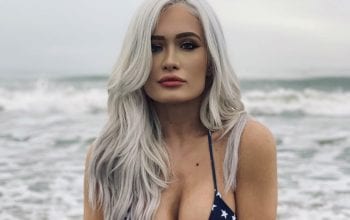