After he left TNA he wasn’t sure what was next for him. He was in contact with The Young Bucks and he assumed the next logical step for him was to go to Japan. Suddenly his phone rang one day, and it was WWE. He wasn’t sure whether the time was right for him to return to WWE, but he spoke to Triple H on the phone for 20 minutes and he was sold on coming to NXT.

McIntyre says that he has the upmost respect for Bobby Roode who’s such a professional. Roode has always been great, but once he embraced this ‘Glorious’ gimmick with the robe and the theme music, he entered the Superstar sphere. Jericho agrees and says it’s unbelievable what the right gimmick/theme music can do for a performer.

Jericho asks McIntyre what his next step is now, after winning the NXT Championship at Takeover. McIntyre says the goal is to just work hard right now, and see where he ends up. It’s pretty special to him that Vince McMahon saw something in him many years ago, and maybe he just had to go out on his own in order to find it in himself.

That sums up another episode of Talk is Jericho. You can listen to the show yourself anytime here, and I’ll catch ya tomorrow for another recap! 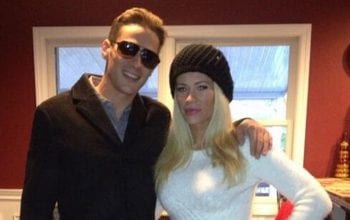