Many things happened at Battleground. We cannot deny that. While it is easy to pick apart what we didn’t like (and there was a lot to dislike), I’m going to point out what WWE did right. 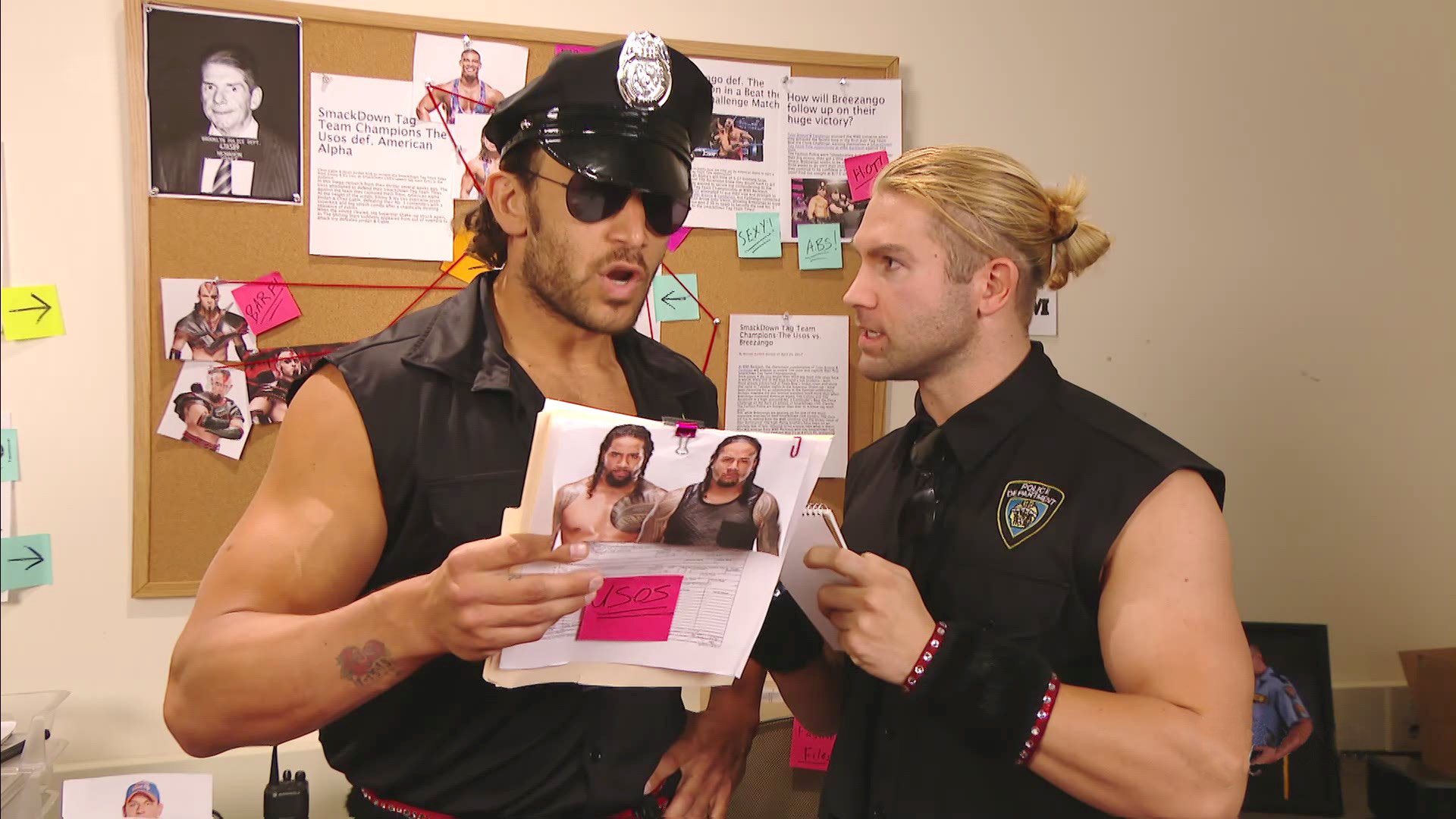 Battleground was a crowded card. There were 7 matches on the main card. 6 of them went on for more than 10 minutes. There was not enough space to give the Fashion Files revelation room to breathe. WWE did the right thing by continuing the story.

As always, it was hilarious. The Ascension were trying so hard to convince Breezango that they were the ones who attacked the office. Breezango wasn’t buying it. Eventually, the cops were ambushed by their actual attackers, who weren’t even shown on screen.

The storyline continues, and we’ll have to continue watching to find out who is behind all of this. It should be a fun ride. 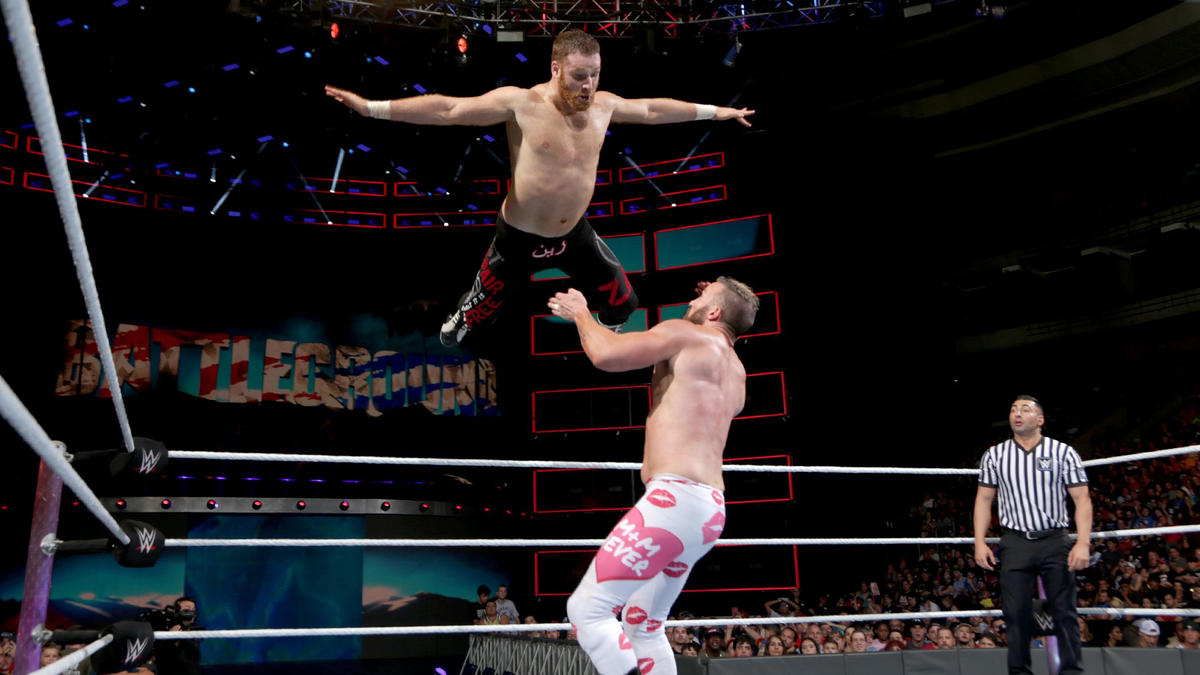 While many would argue that Mike Kannelis should have won, WWE has done Sami Zayn dirty for far too long. A Zayn victory allows Kannelis to move onto a feud where he can win. Or have him continue to feud with Sami. Whatever floats WWE’s boat.

However, Zayn can now move onto bigger and better things. Kannelis can tag along with him and keeps nipping at his heels. Sami Zayn now has a wave of momentum to ride. If Mike wants to, he can hitch with Zayn.

Imagine a triple threat for the United States Championship between Sami Zayn, Kevin Owens, and AJ Styles. That sounds awesome. Heck, throw Mike in there as well. He’s not the best wrestler (he’s more of a character than an athlete), but he should be a fun addition. But WWE should be looking to separate the two soon, lest audiences stop caring about both men. Familiarity breeds contempt. 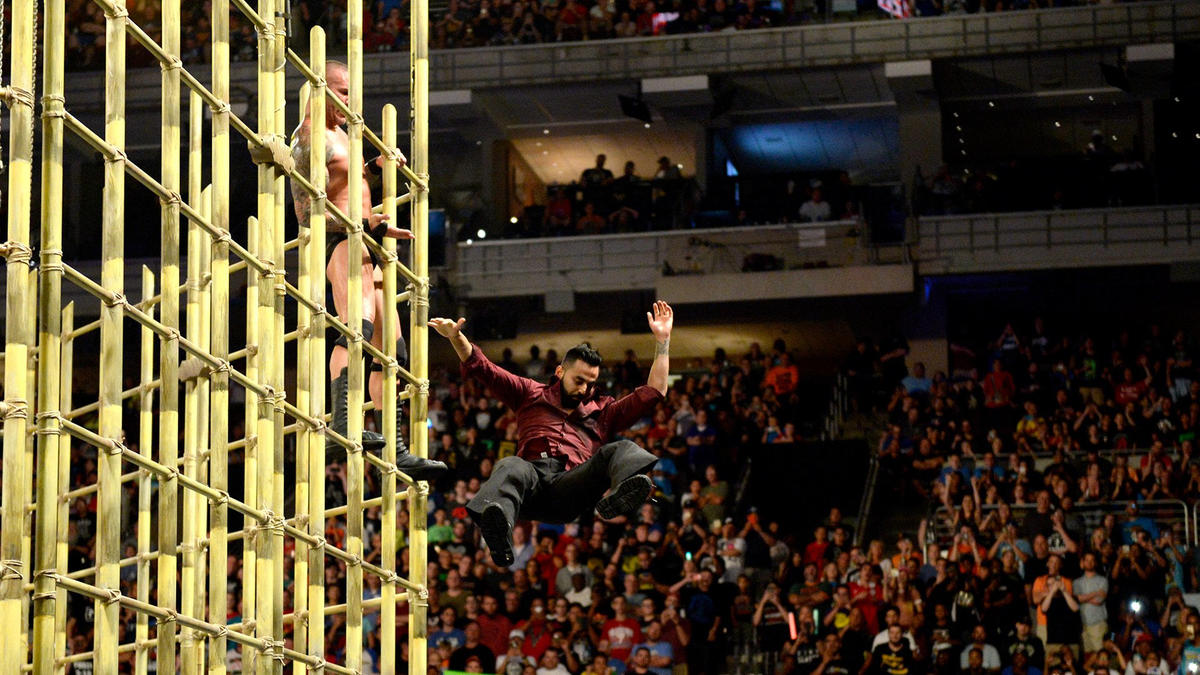 Okay, so there were a lot of things wrong with this match. We can agree on that. But I feel that this was more enjoyable than it had any right to be. Barring some Great Khali interference (which makes exactly zero sense), it was a fun match. As soon as the Singhs got involved (by crawling out from under the ring, no less), you knew things were going to go down.

Randy Orton continues to casually murder the Singh Brothers on PPV. Samir Singh basically died after falling from the cage onto the commentary table. The other one was killed after Randy hit him with a bunch of weapons. That was fun.

It was also refreshing to see Randy beating the hell out of Jinder. Chair shots and kendo sticks galore was the game here. We even saw a bit of blood. That was cool. I can easily say that this was the best Punjabi Prison match ever.

Unfortunately, the match ended on a flat note. Great Khali reared his head for some reason. Funnily enough, Jinder originally debuted as Khali’s brother in law and threatened to divorce Khali’s sister if he didn’t follow him. I think Khali eventually merced Jinder with a brain chop. Why Khali decided to help him, I’ve no clue. Maybe national pride was at stake or whatever.

Still, it was a fun match.