Welp. They actually did. Jason  Angle is now Kurt Angle’s son. Everyone was joking around when they were talking about what Kurt’s secret could possibly be. Now it’s the gospel truth. What is next for the former Tag Team Champion? What is next for him? It’s not like WWE ever does anything without thinking it through. Probably.

No doubt there are some big plans for Jason Angle going forward. What’s next? Where do we go from here? We’re about to find out, so buckle up!

What Does This Mean for American Alpha? 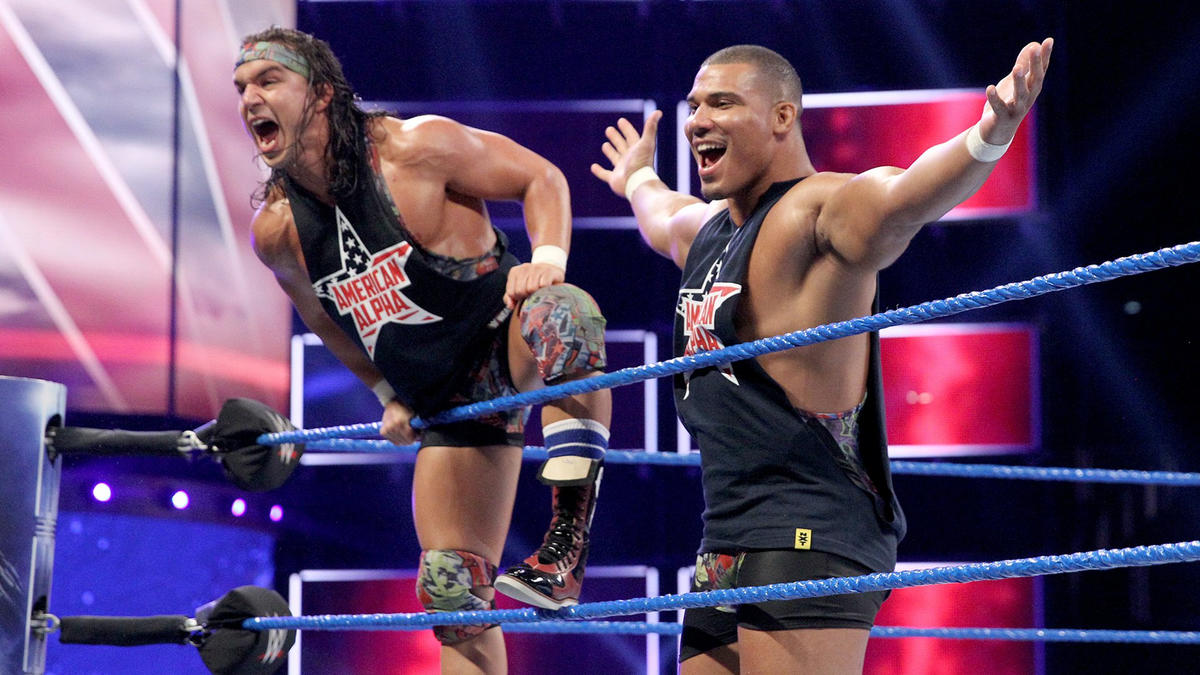 Since Jason is now a part of the Raw roster, American Alpha is essentially no more. Goodbye, we hardly knew ye. Gable will have to call everyone silly nicknames by himself now, as his counterpart jumped ship to be with his dad.

This rules out any possibility of American Alpha destroying Breezango’s office, so that’s out of the question. It’s another tag team lost, but I don’t think we’ll be feeling the effects of this one too much. With the arrival of the New Day and the return of the Hype Bros, the tag division was getting crowded. The loss stings, but with Breezango, New Day, and the Hype Bros there to bolster the tag division, American Alpha can split without any major repercussions.

Gable has already shown he can hang with the singles stars. His promos have been pretty alright (him moving to Dayton and “Sami Wow Wow” are quite memorable). Jordan, on the other hand, I’m not too sure about. I don’t really watch NXT. I’ve no clue how good or bad he is at speaking, so we’ll have to see how that goes. He can wrestle at least, so if things don’t work out too well he can always be another Cesaro.